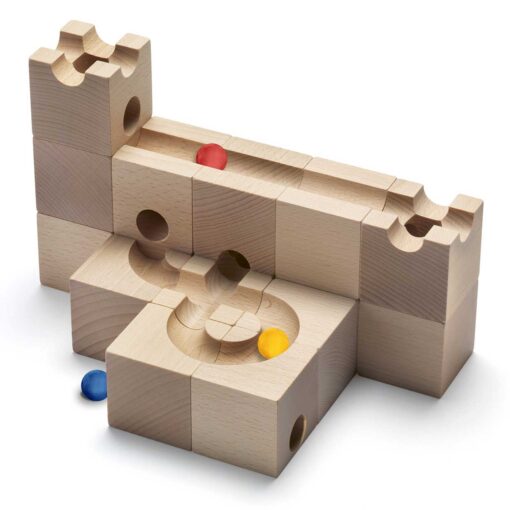 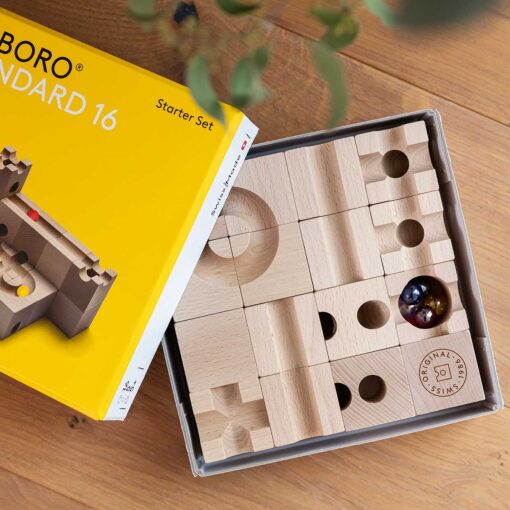 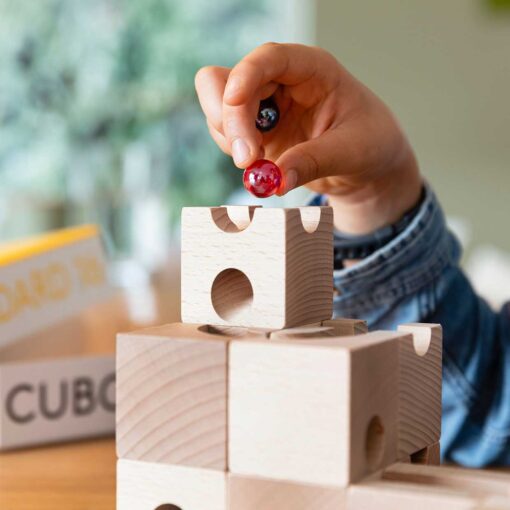 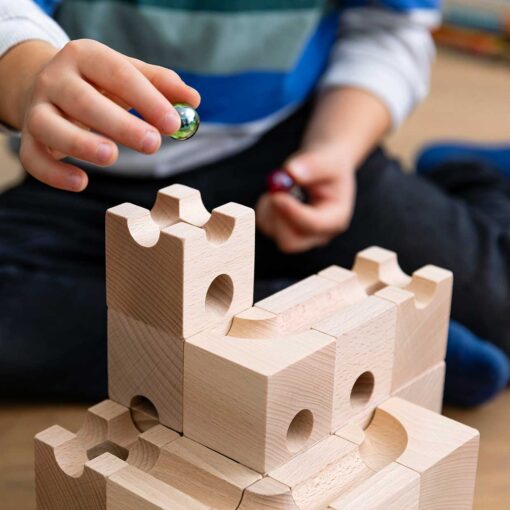 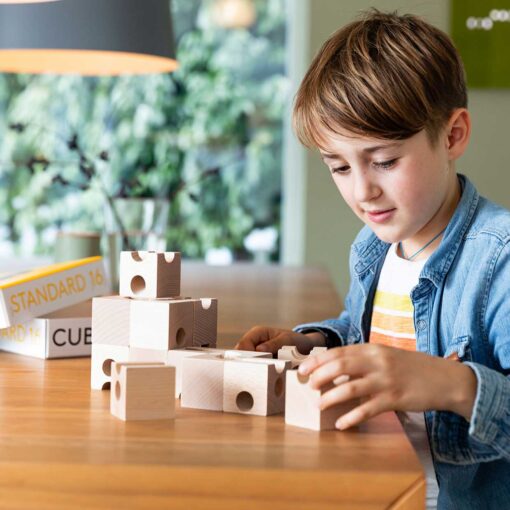 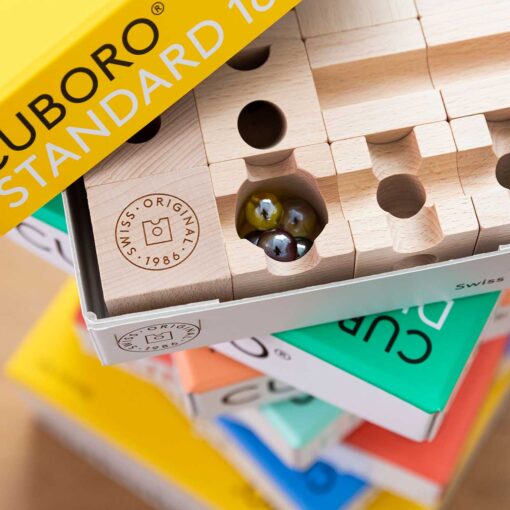 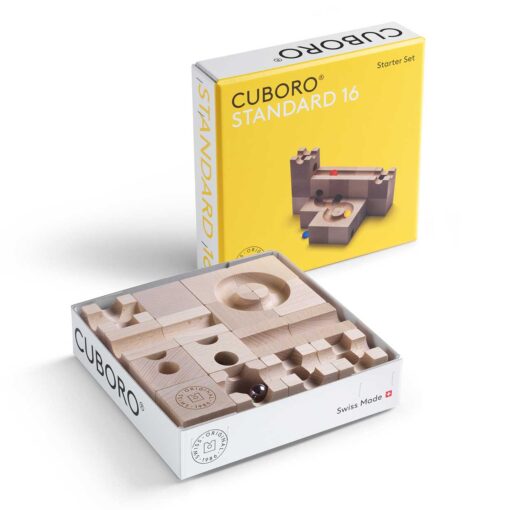 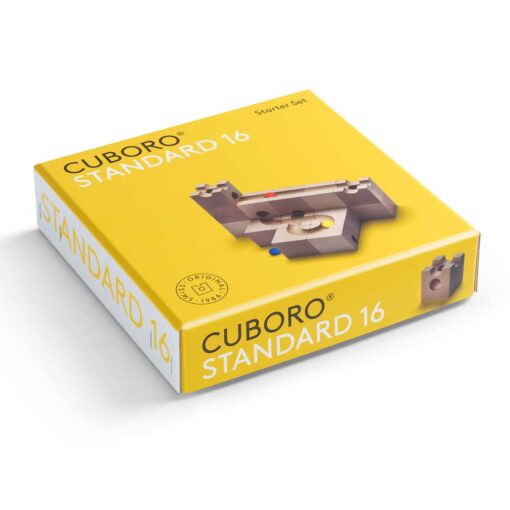 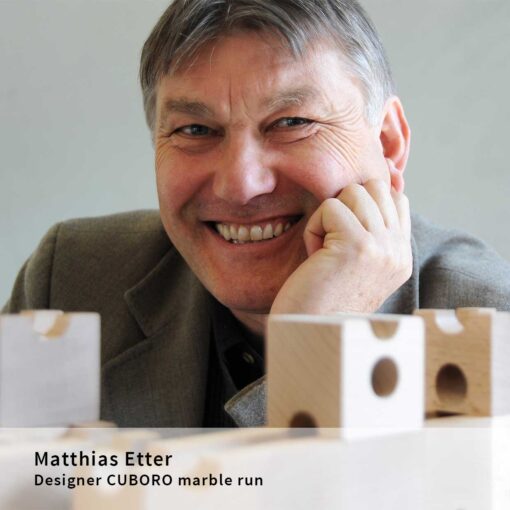 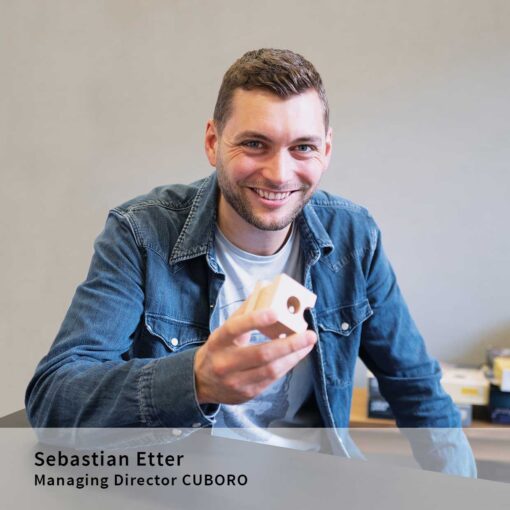 If you think marble runs are only for the little ones – you’ve never played with Cuboro. Clever minds from the age of five can build the sophisticated marble run from beech wood cubes themselves – always different and completely according to their own imagination. While the younger ones still follow all the events with their eyes, the more advanced ones already construct tunnels in which the marble disappears to roll back into daylight and into the next curve with momentum. Marble by marble, spatial and mathematical thinking is thus encouraged. Sota Fujii, 14 years old and the youngest world champion in the Japanese chess game “shogi”, showed how well this works. After his victory, he revealed his favorite toy: the Cuboro marble run system from Switzerland.