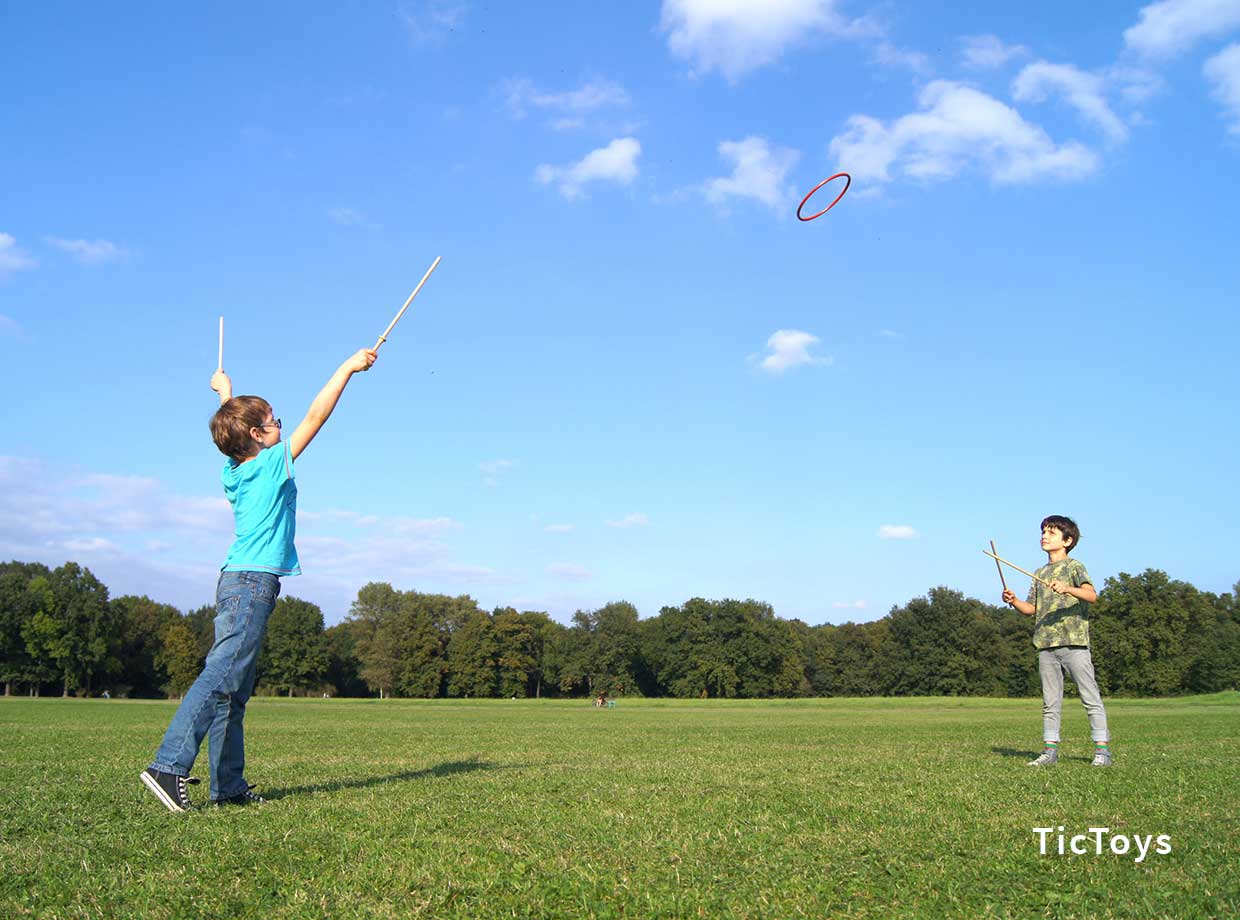 Summer is coming in big steps and it’s time to go outside again. But why is playing in the fresh air so important and healthy for children? Which toys and ideas are suitable for romping around in the park, garden, or forest? And most importantly, do children actually need all this to explore nature?

“Young people need their peers – animals, elementary things in general: water, dirt, bushes, space to play. You can let children grow up without all this, with stuffed animals, carpets on asphalted streets and yards. They survive it, but don’t be surprised if they don’t learn certain basic social skills later on,” the physician and psychoanalyst Alexander Mitscherlich wrote a hundred years ago, and he was right.

In many Scandinavian countries, toddlers are taken outside for a nap – even in winter. This kind of “gentle toughening up” gets the little ones used to temperature fluctuations; the high oxygen content has a positive effect on the immune system and even allergies can be prevented. 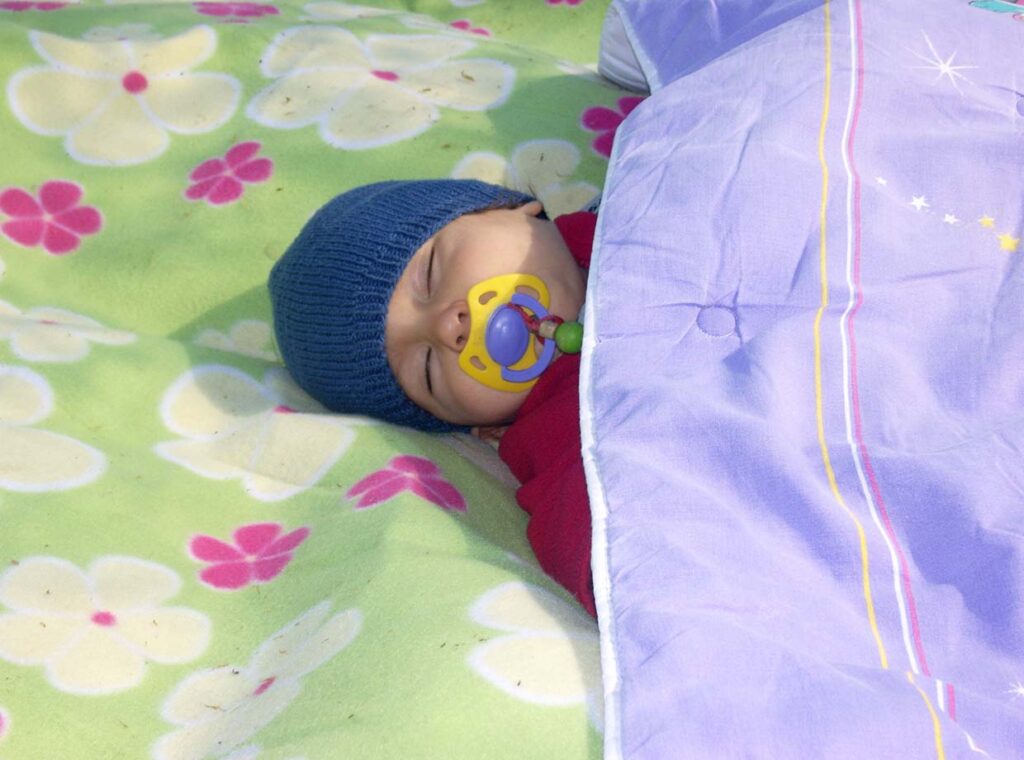 But not only that. Children who spend time playing outdoors train their motoric skills, mobility, and automatically prevent the development of obesity. Those who are already sporty as children are very likely to remain so in adulthood. No surprise, that the World Health Organization (WHO) recommends that growing girls and boys get at least 60 minutes of moderate to strenuous physical activity every day.

The motto is therefore: Get outdoors as often as possible. If you live in the city, you can plan trips to the lake or to the forest, and during the week you can use parks and playgrounds to let off steam. Jumping ropes, playing Frisbee or simply swinging – all of these keep kids. 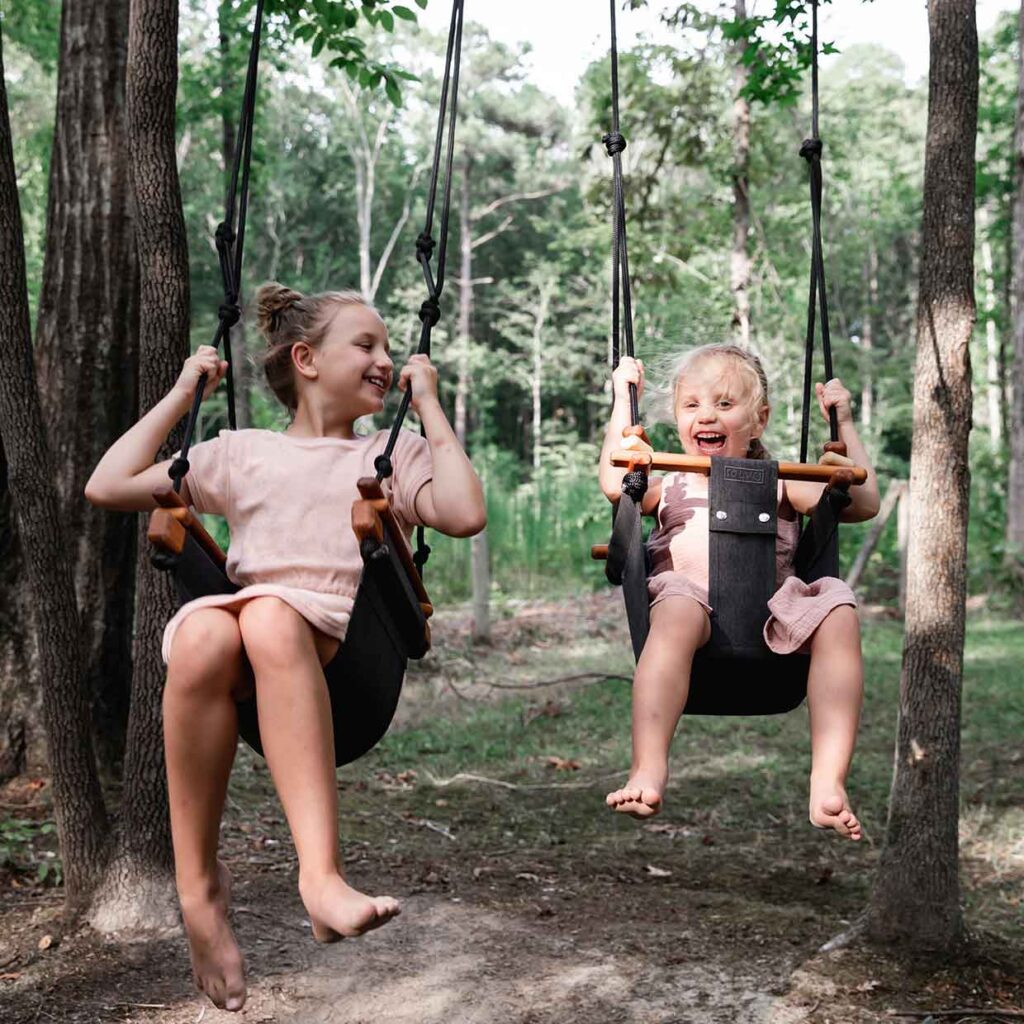 Ball games like soccer, badminton, table tennis, or one of the increasingly popular games of petanque are also great for an afternoon in the

In addition, classic toys like these can easily be hand down through several generations. Natural materials such as wood and leather, recyclable fabrics or bioplastics ensure that outdoor toys are weatherproof without harming the environment.

If you’re looking for new ideas for outdoor games, you can also take inspiration from other cultures. For example, children in Latin America like to play with a ball-catching game, which TicToys from Leipzig has been offering as “Ticayo” for several years. Here, a small wooden ball is pulled upwards with a jerk and then caught again with the handle. Played correctly, this is supposed to accelerate the return of the sun – at least that’s what the Incas believed in ancient times. 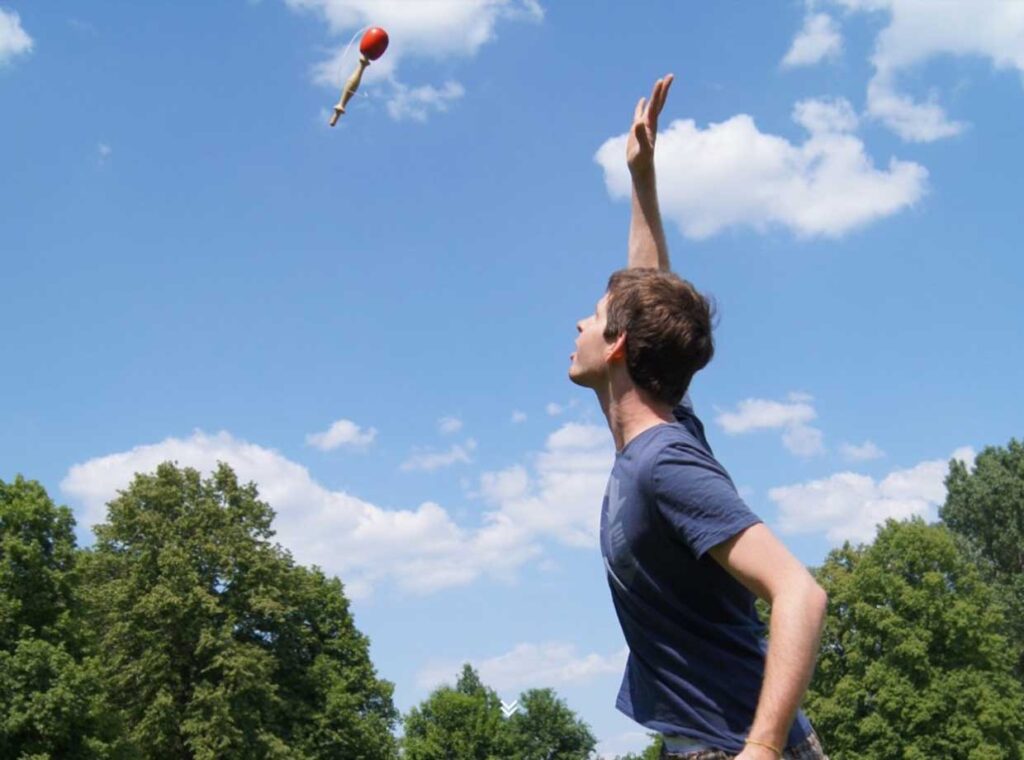 An absolute classic among outdoor family games is “Mölkky”, also known as “Viking skittles”, which originates from Finland. This wooden game of skittles not only trains motoric skills, but also requires a certain amount of mathematical skill, making it popular with young and old alike. 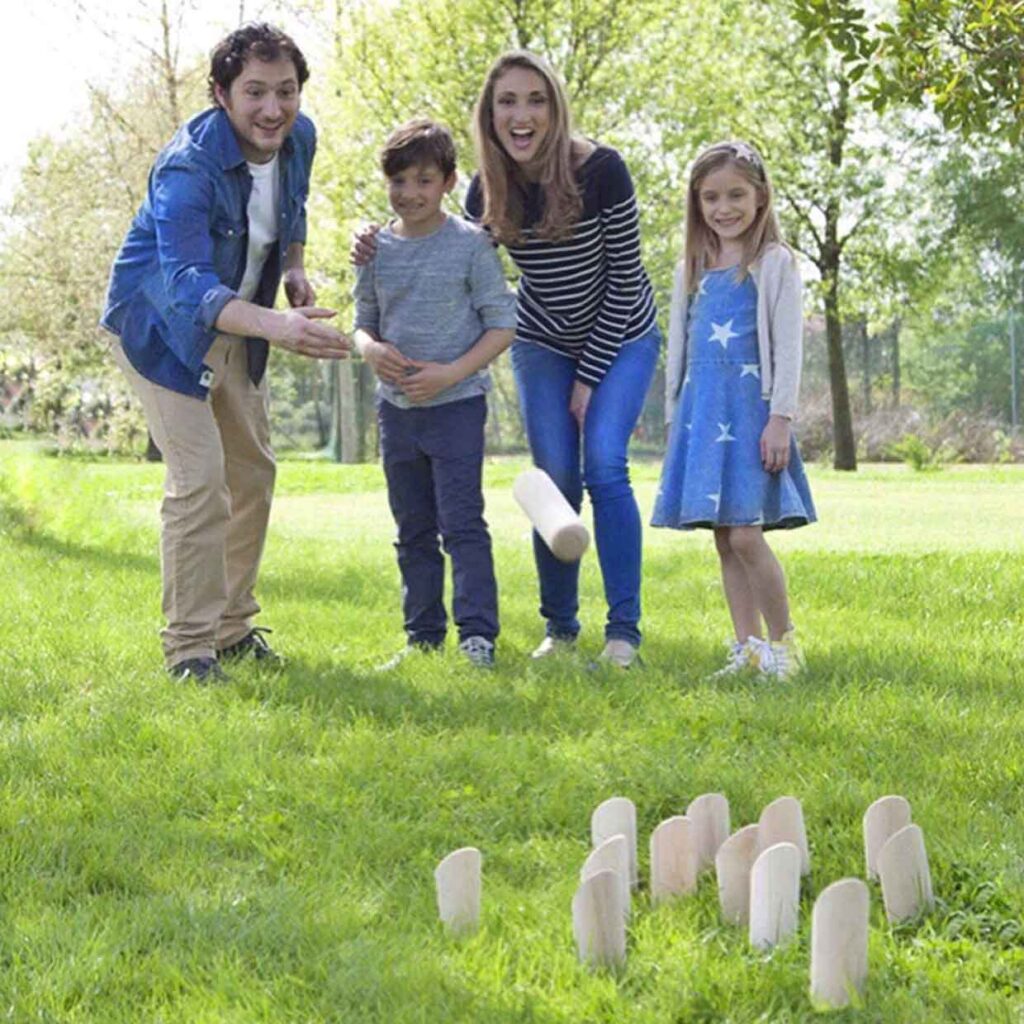 Another fun idea for outdoor play can be the soft leather “LOOP” throwing rings from Pantolinos, a small manufacturer in Lower Saxony. With a bit of pressure, they can not only fly into unimagined heights, but also can be easily compressed into a pocket-compatible ball. 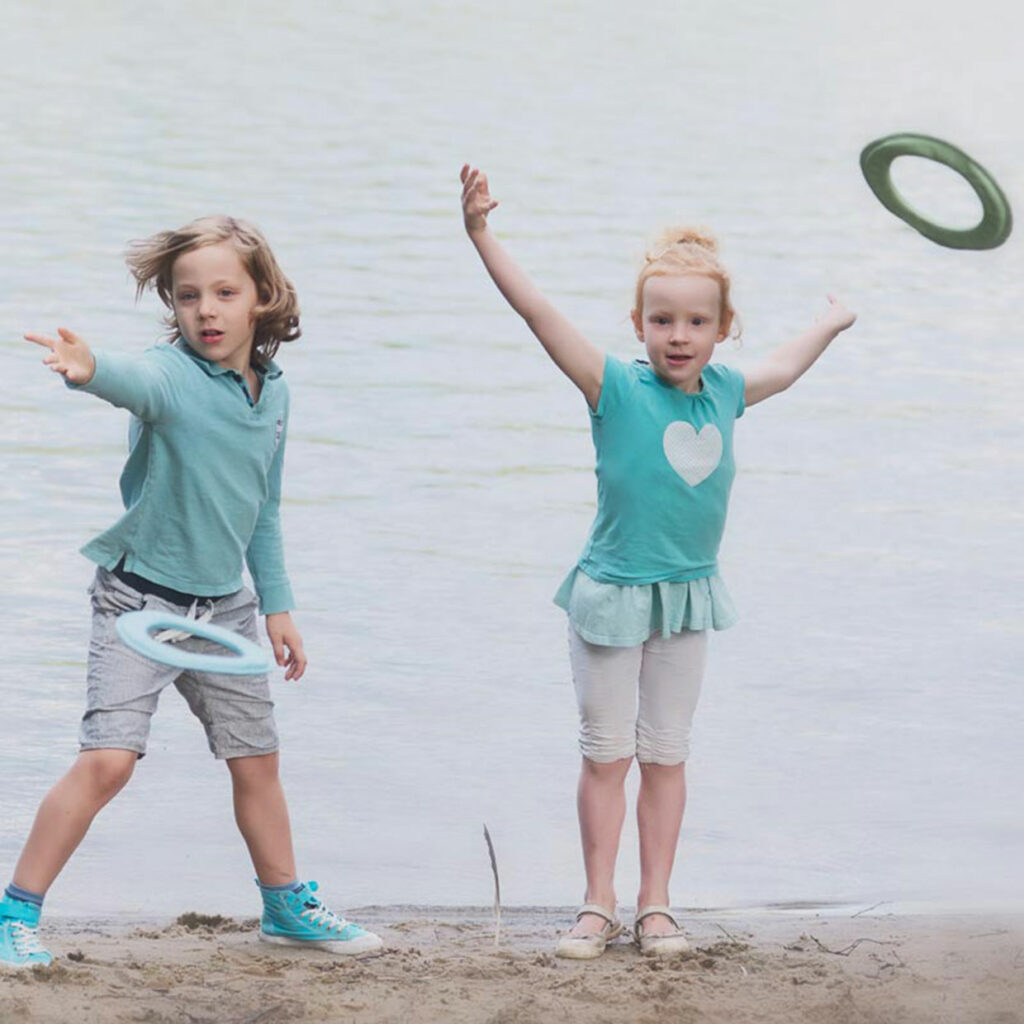 Loop – throwing ring, made of 100% leather by Pantolinos

By the way, playing together as a family is often particularly fun for children. It builds closeness and trust in a natural way and is the basis for relationships with other people and social interaction.

Nature as a teacher

But even without big play ideas, the world outside is a real adventure for children. Whether it’s balancing on a tree trunk or climbing a hunter’s stand – nowhere can they better test themselves and discover what their own bodies are capable of. While flowers are fragrant in spring, leaves turn colorful in autumn and brown chestnuts fall on rustling leaves. From observations like these, children piece by piece build up a picture of their environment and learn to perceive their surroundings through their senses, to relate to them and finally to shape them themselves. They build caves out of moss and leaves, engage in sword fights with branches, or invent completely new ways to play with a stone in the forest. 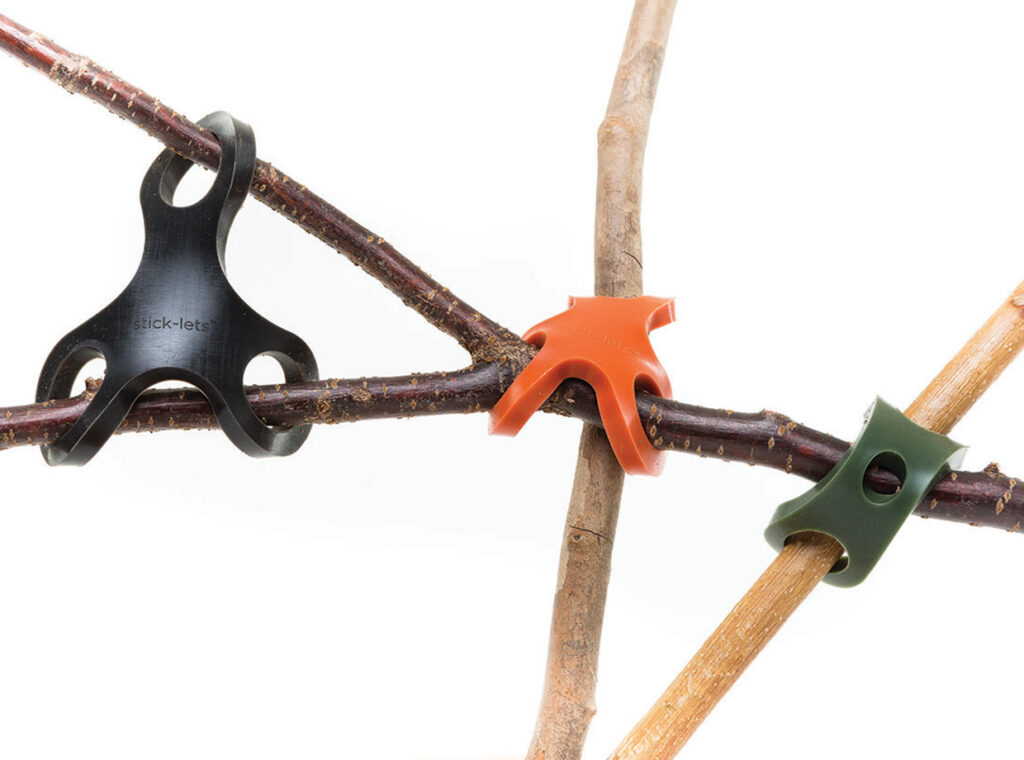 Parents quickly realize that it is not necessary to always entertain children actively. After all, they can (and should) occupy themselves quite well in nature. Parents who teach their children to play outdoors on their own have significantly more time for work, household chores, other obligations, or simply some relaxation. And this is good for the health of both parties – children and parents. 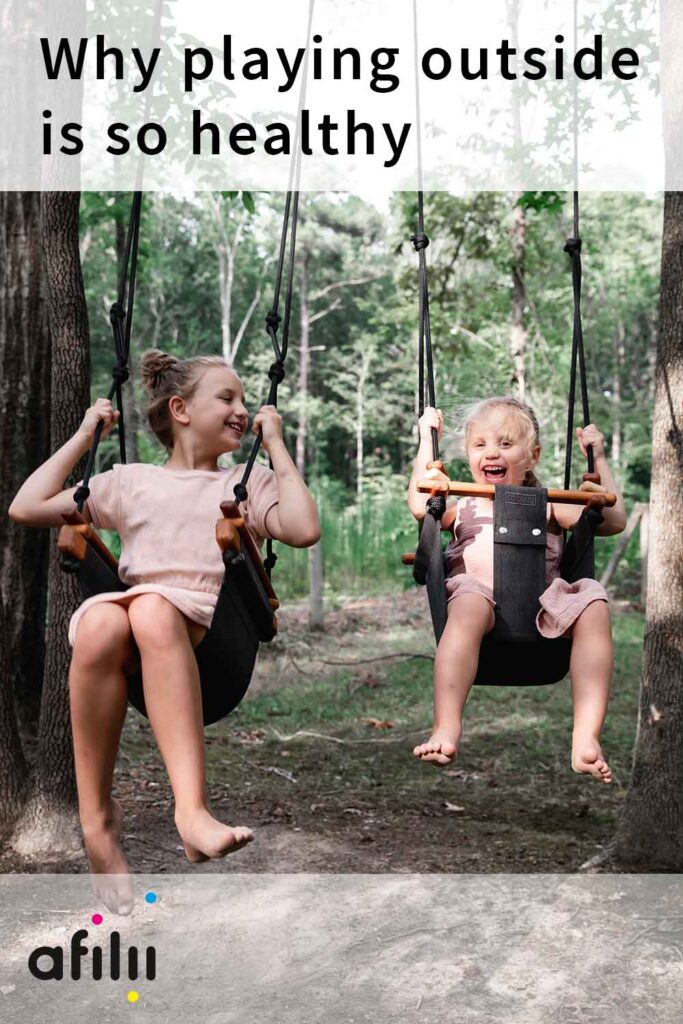 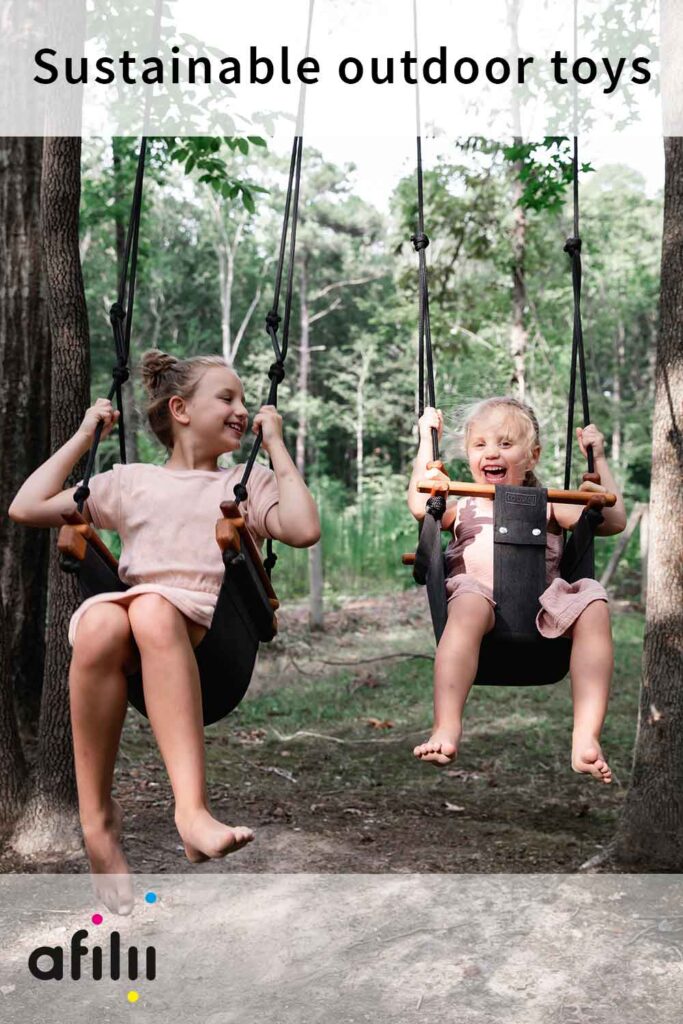