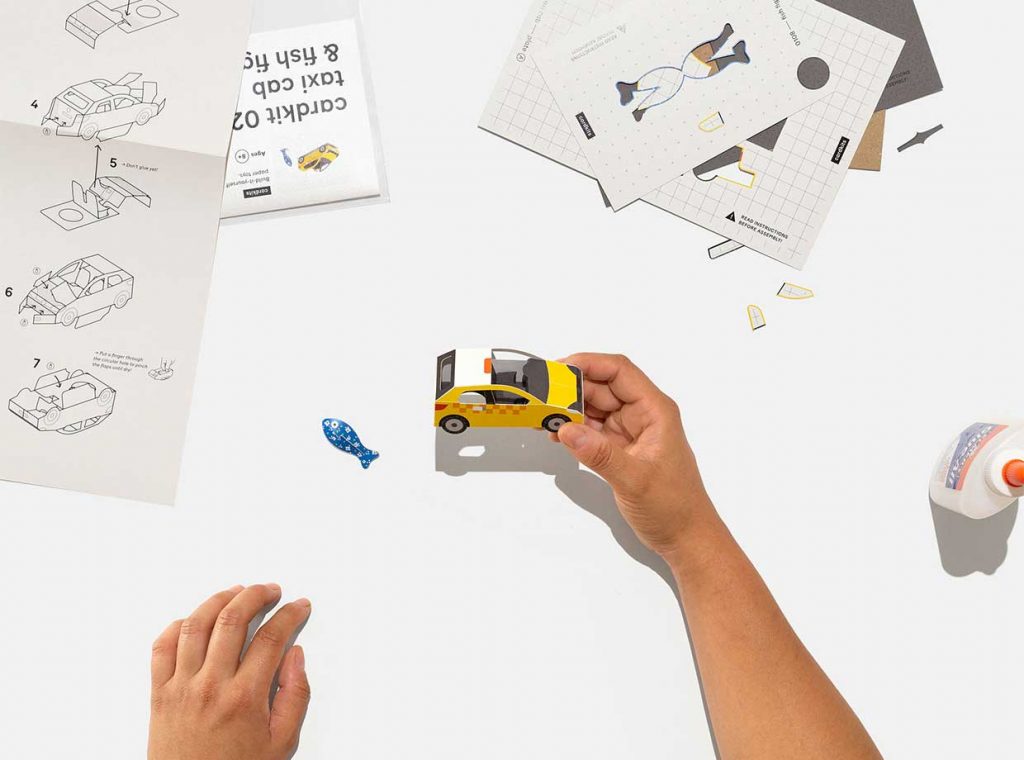 What was your inspiration for your creative toys made of cardboard Cardkits?

Cardkits are inspired by the elaborate toy cities I built for myself as a child. I grew up in an artistic family without many commercial toys, and I started building my own out of paper when I was around 9. Eventually I had constructed an entire miniature world. There were cities, railways, shipping lanes, a political structure and even a currency! The inhabitants of my world were clay fish figures created by my mother, a sculptor and children’s book illustrator, so my world was called Fishworld. 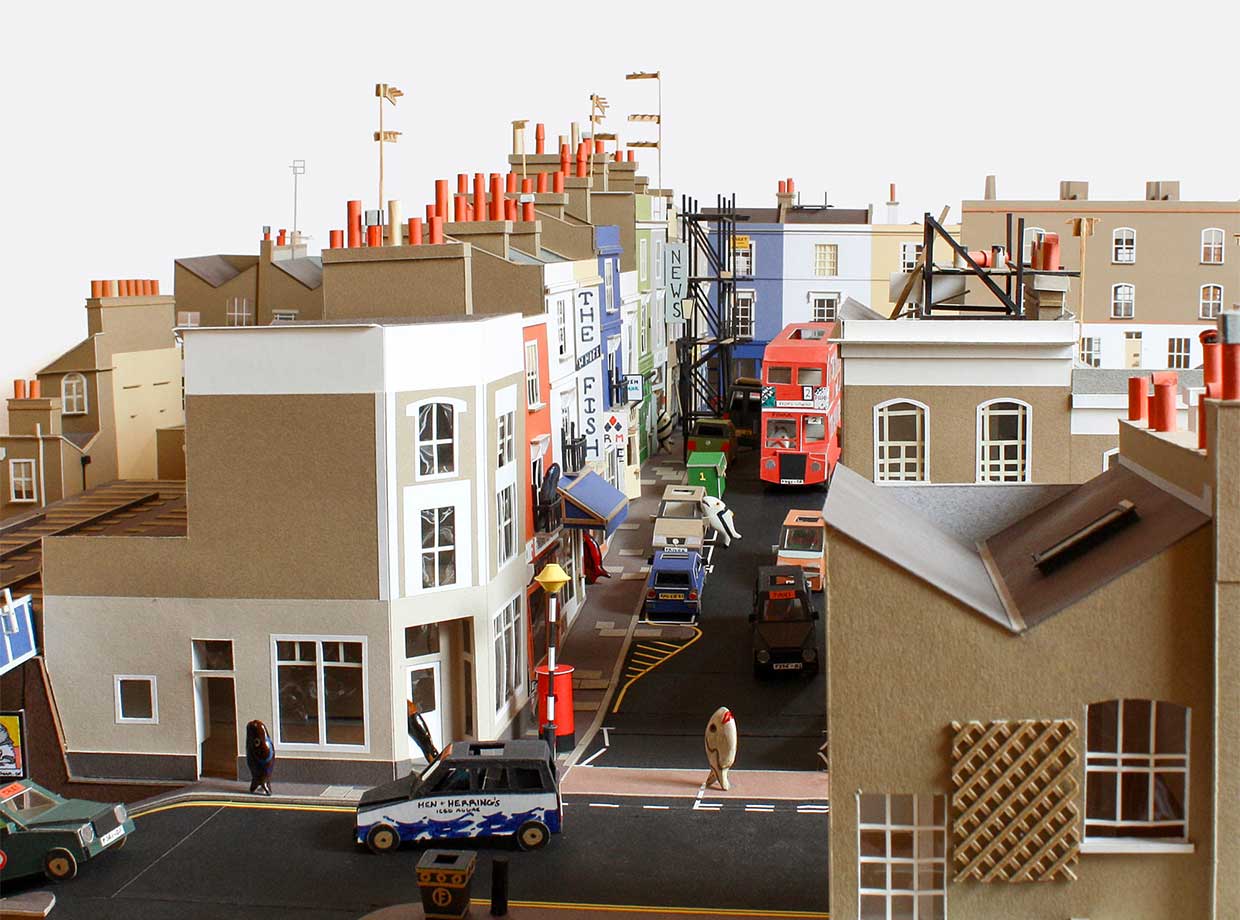 Like many children’s toys, Fishworld created a safe, bounded space where I could freely explore aspects of the real world that fascinated me – urban spaces, architecture, infrastructure, and all the visible and invisible systems that make the world tick.

Cardkits essentially translate Fishworld into a line of build-it-yourself kits. Each Cardkit comes as a set of pop-out cardstock parts that assemble into one element of an interactive miniature city. 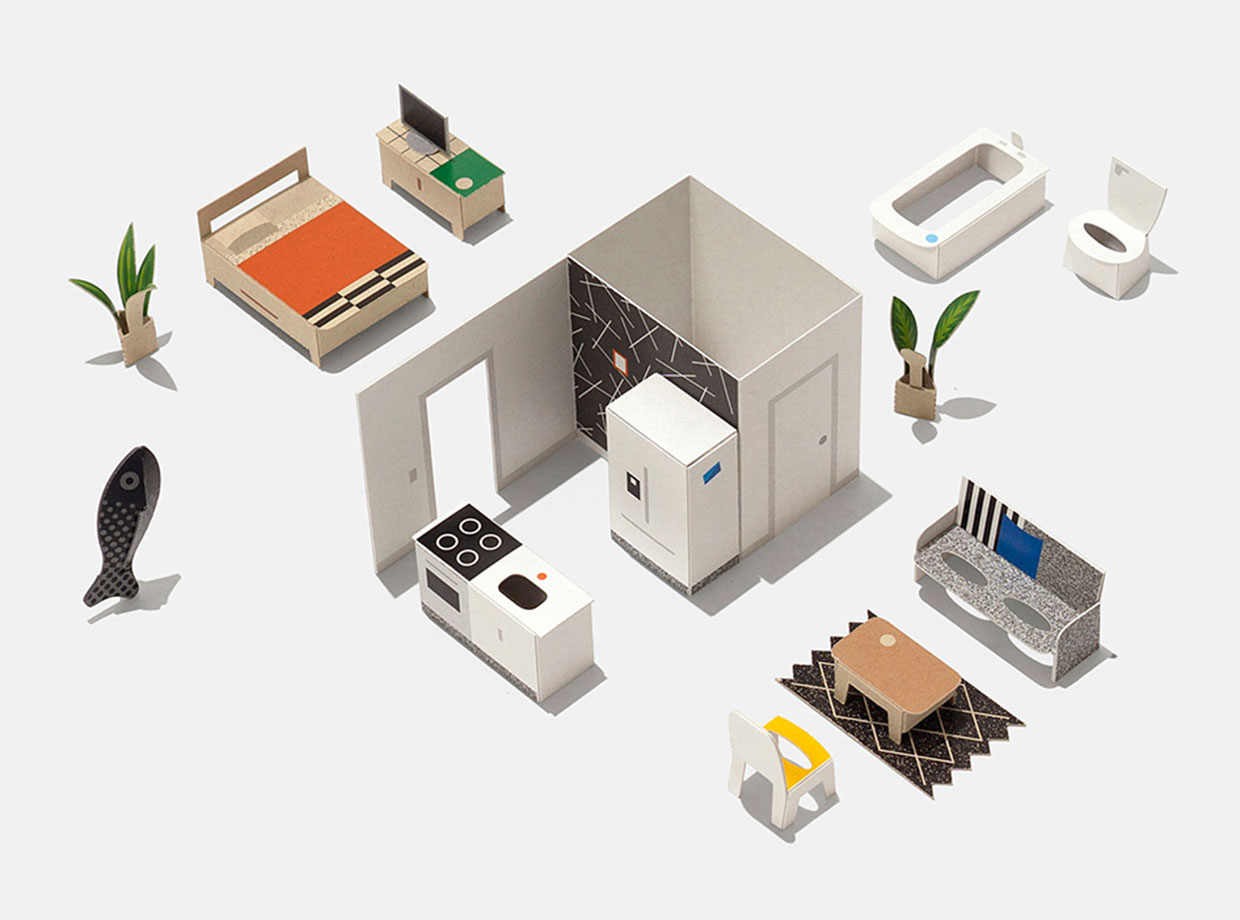 Why are Cardkits especially suited for children as a creative toy?

Historically, most toys have been simplified representations of real world objects – animals, houses, vehicles. Some people regard these kinds of representational toys as limiting because they carry cultural assumptions that prescribe how they should be played with – they’re “scripted” rather than “open ended”. But I think this connection to the real world can also be constructive. Cardkits create an environment that is like the real world but also infused with elements of fantasy (like fish characters!) that set it apart from reality and give children permission to go “off script”, while still engaging them with real world challenges. 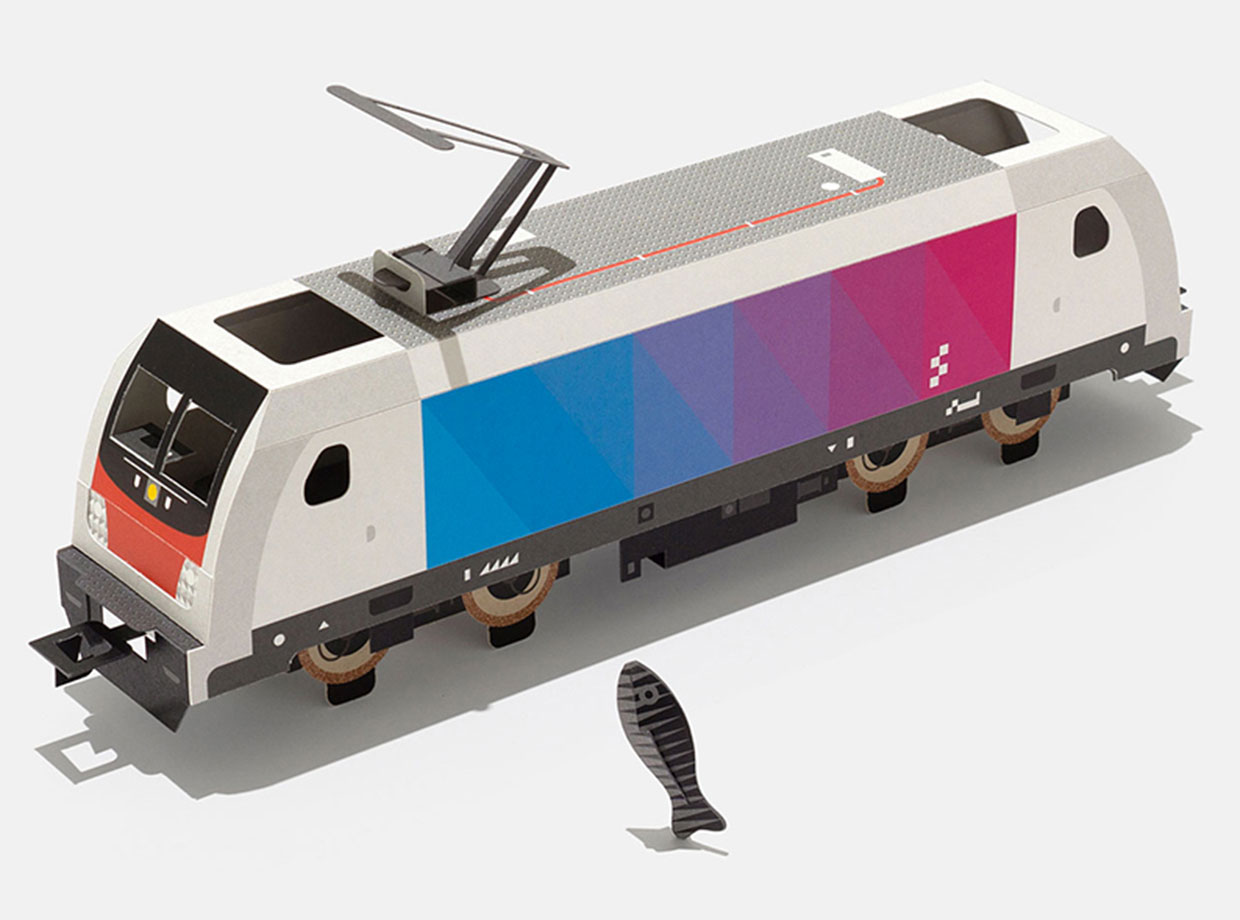 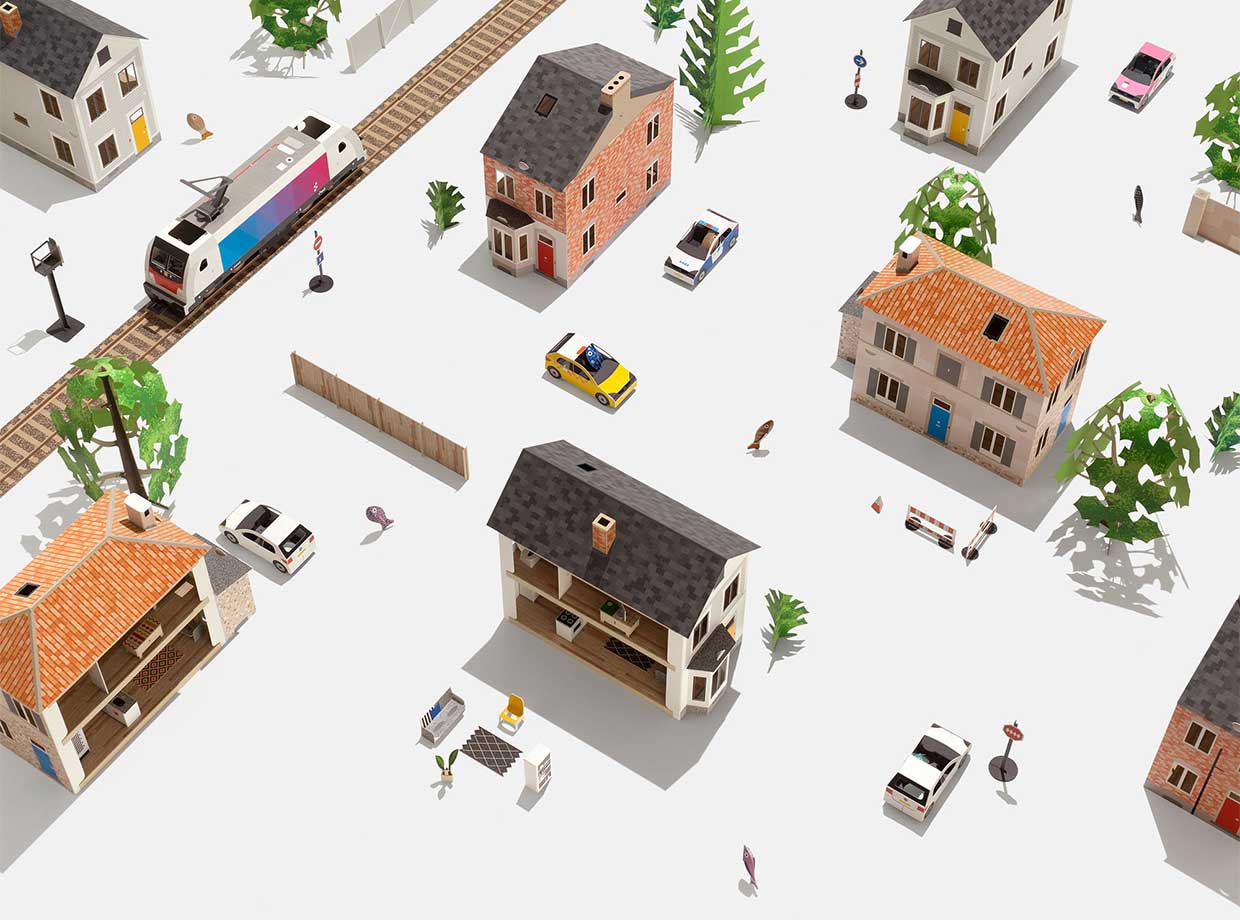 How do children respond to your cardboard toys Cardkits?

I’ve gotten wonderfully positive feedback in the workshops I’ve conducted with children. I think the way that Cardkits work together is particularly appealing to children because (like all systems) it suggests that each individual element has the potential to be part of something infinitely bigger. The “feedback” I get from kids is almost always a wish list for future kits – everything from space ships to hats for the fish figures! 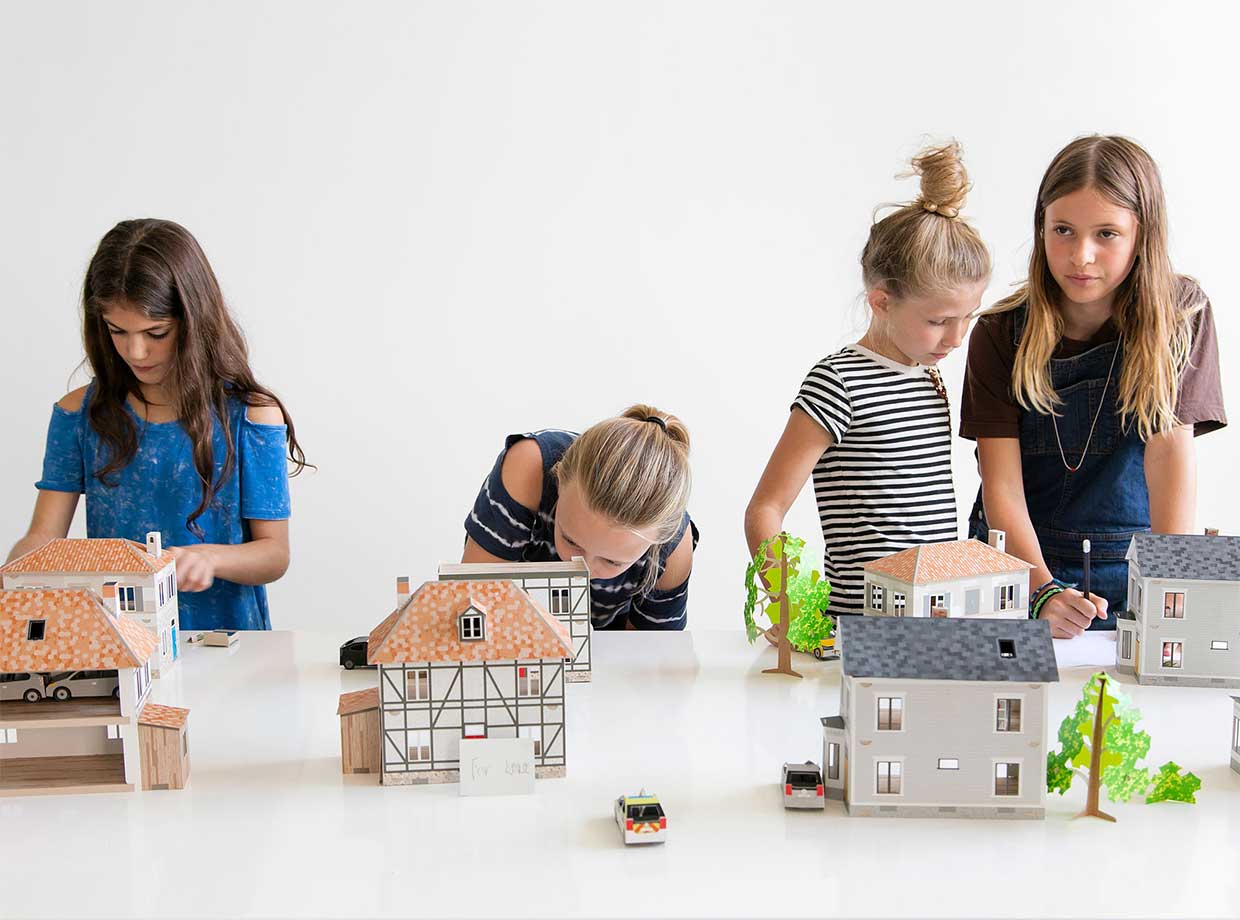 Meaningful design for kids – what does that mean to you?

I think toys acquire real meaning when they become shaped to a child’s personality and interests and animated by their imagination. Any toy can be meaningful by this definition, but I think that toys that are physically brought into being, and shaped, by a child’s hands have a better chance of taking on real meaning.

Cardkits are designed to be brought to life by children, not only in their assembly, but also in they way they are used. Because they’re paper – a friendly and accessible material – the kits invite children to decorate, customize, or modify, or to build their own toys from scratch. 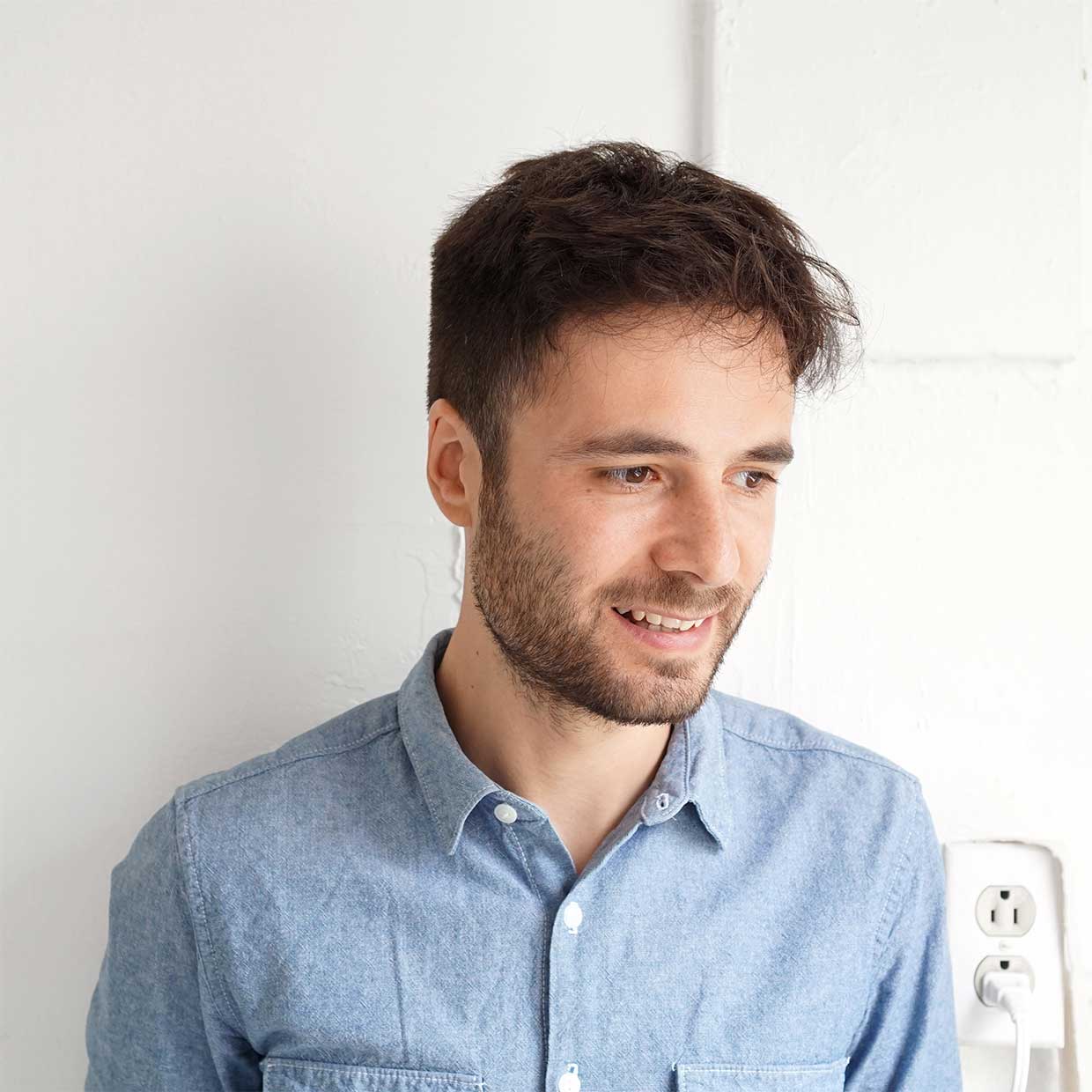 Get in touch with Anther Kiley via:
www.kickstarter.com
moc.liamg@yelikrehtna