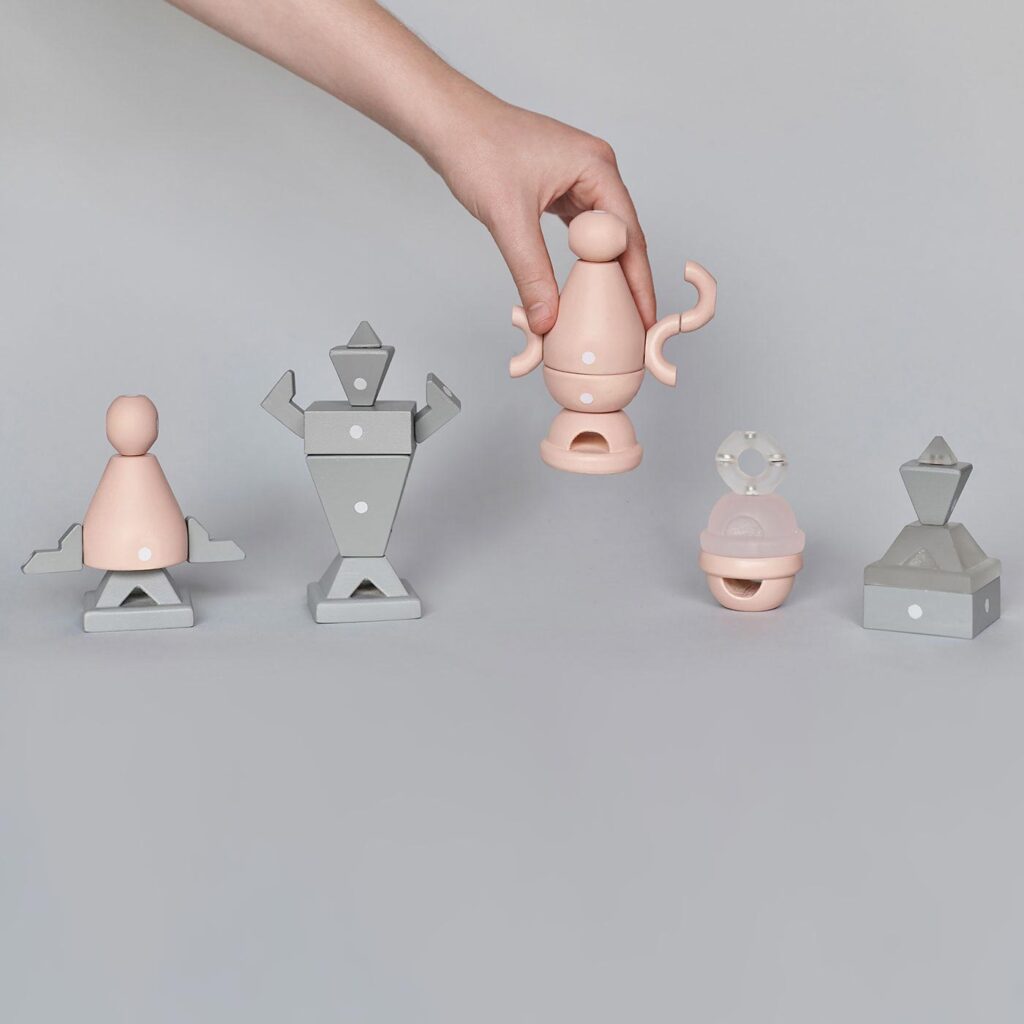 Dear Katalin, can you tell us please, how and why you developed “Talky”?

I wanted to use the tools of design for a purpose that can be a real help to our current society. I believe that the most significant change in a person’s life can be achieved in childhood.

Because childhood is the most defining period of our lives. And the primary social environment plays an extremely important role in this life stage. Ideally the emotional manifestations and events received from the family affect the child’s play, therefore it influences the imagination. Later, these norms are built into the worldview and the mindset.

But the topic of child abuse is becoming more and more common. Untreated injuries can also affect adulthood. The severity of the situation is also confirmed by the data of welfare services. Based on my researches, more than 90% of children cared by child welfare services are abused or neglected within the family.

So the question arose in me that what happens if a child does not get the right samples, if something is holding back the child from progressing? What today’s children experience in their homes? And how can the toy help to express their experiences within the family and their feelings?

In collaboration with the field of play therapy I created a toy which helps to start the play therapy process, estabileshes a connection between the child and the threapist, helps to make the diagnosis and can promotehealing.

The design process was followed by consultations with therapists and testing with children. In addition to my university supervisor – Pál Koós DLA habil.-, I had a play therapsit consultant too – Csilla Lazsádi.

As first step I asked the children to draw the good and the bad. Based on these drawings I created my first sketches, which contains negative and positive elements. I also asked children about the sketches and I realized that the children can feel the warm colored, rounded forms positivity and the cold colored, squared forms negativity.

The final form set of the toy contains elements with negative and positive feelings. With help of cold and warm colors, rounded and squared forms and different material effects of plastic, children can construct different characters that symbolize their family. They can intuitively build positive or negative characters, height differences, interactions between persons or animal characters. The figures created by the child as an instrument of puppetry help the therapist’s work, and brings the therapist closer to the child’s soul.

The buildability is realized by magnetic junctions, which are hidden, but the magnet’s places are marked. This allows easy buildability and the joy of creation, which is very important in the play therapy process. 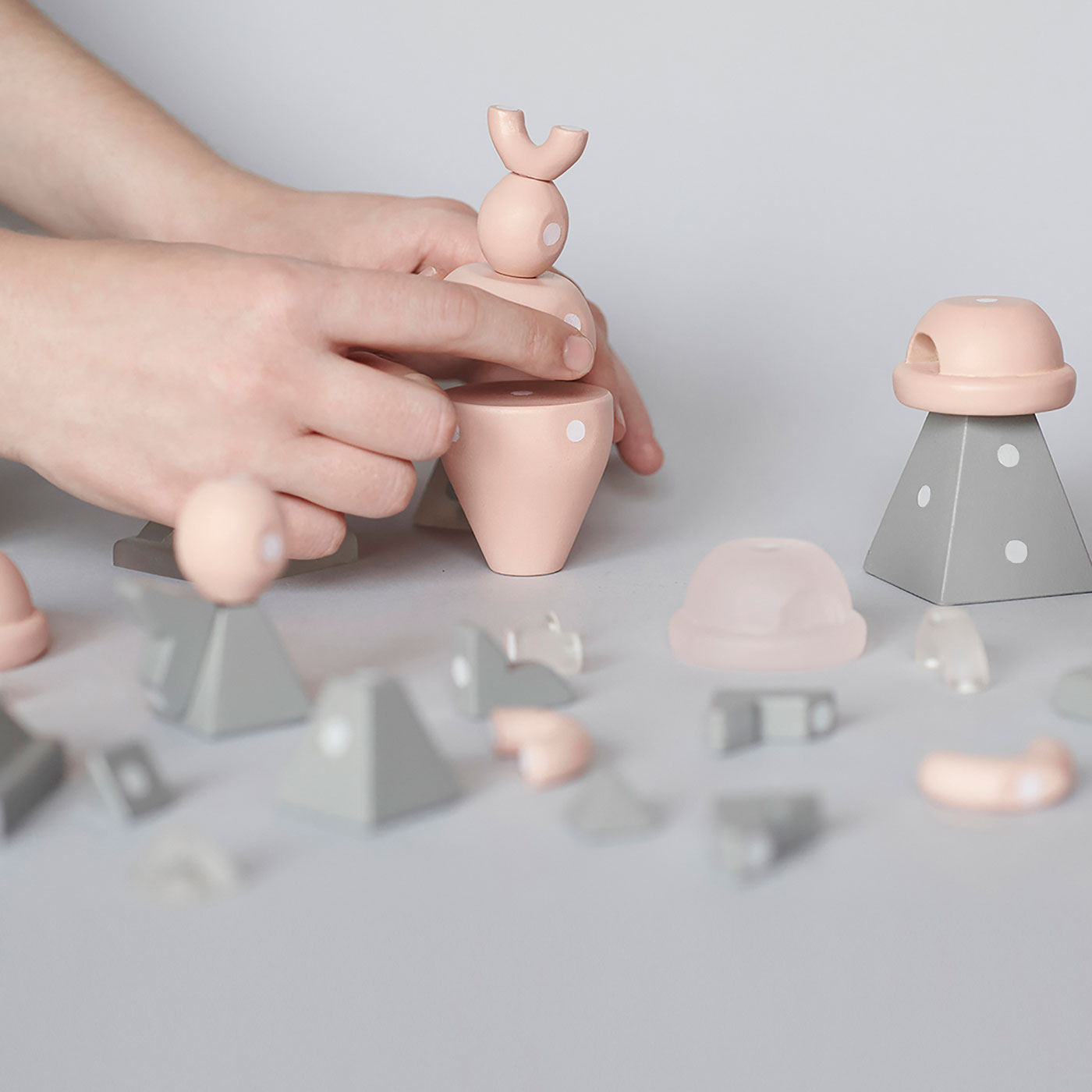 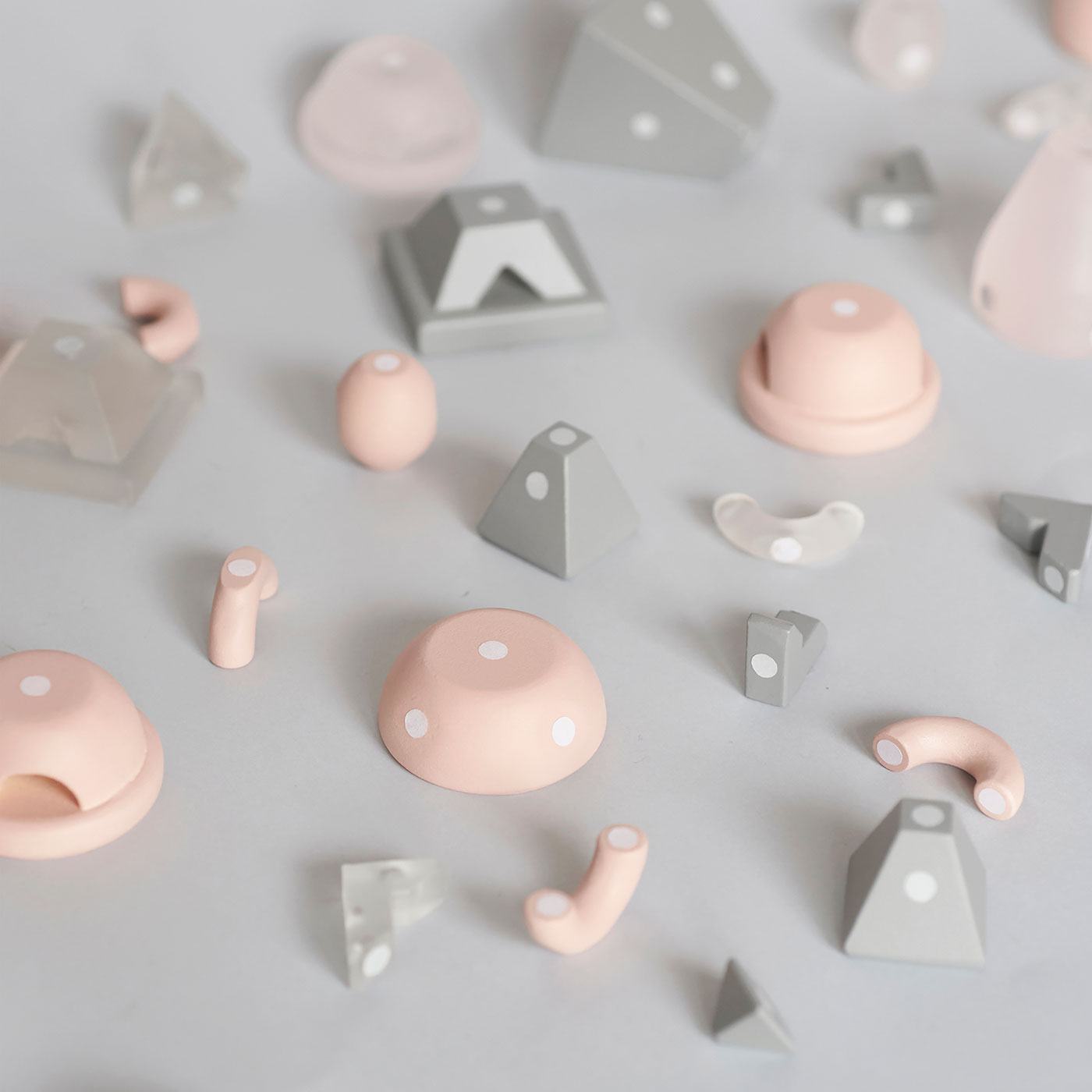 Have children been able to play with your therapy toys? If so, how did they react?

I tested my play therapy toys with three children. The istruction was: “Create your family!” The instruction was clear for the children, so they started to build. There was a child who loved to tell stories about the family and the characteristics of the family members during the construction, illustrating these with forms. However, there were also those who told the family’s story in response to inviting requests (who are they, what are they doing), using the figures as puppets. The children enjoyed playing with the toy.

In the children’s families appeared height differences, interactions between family members, the contrast between “clean” and “chaotic” character construction. It can be assumed who is in close relation with whom, and the order of construction is a sign of order of importance. The test has shown that the toy requires multiple therapy session, but it has an essential role in making the diagnosis. 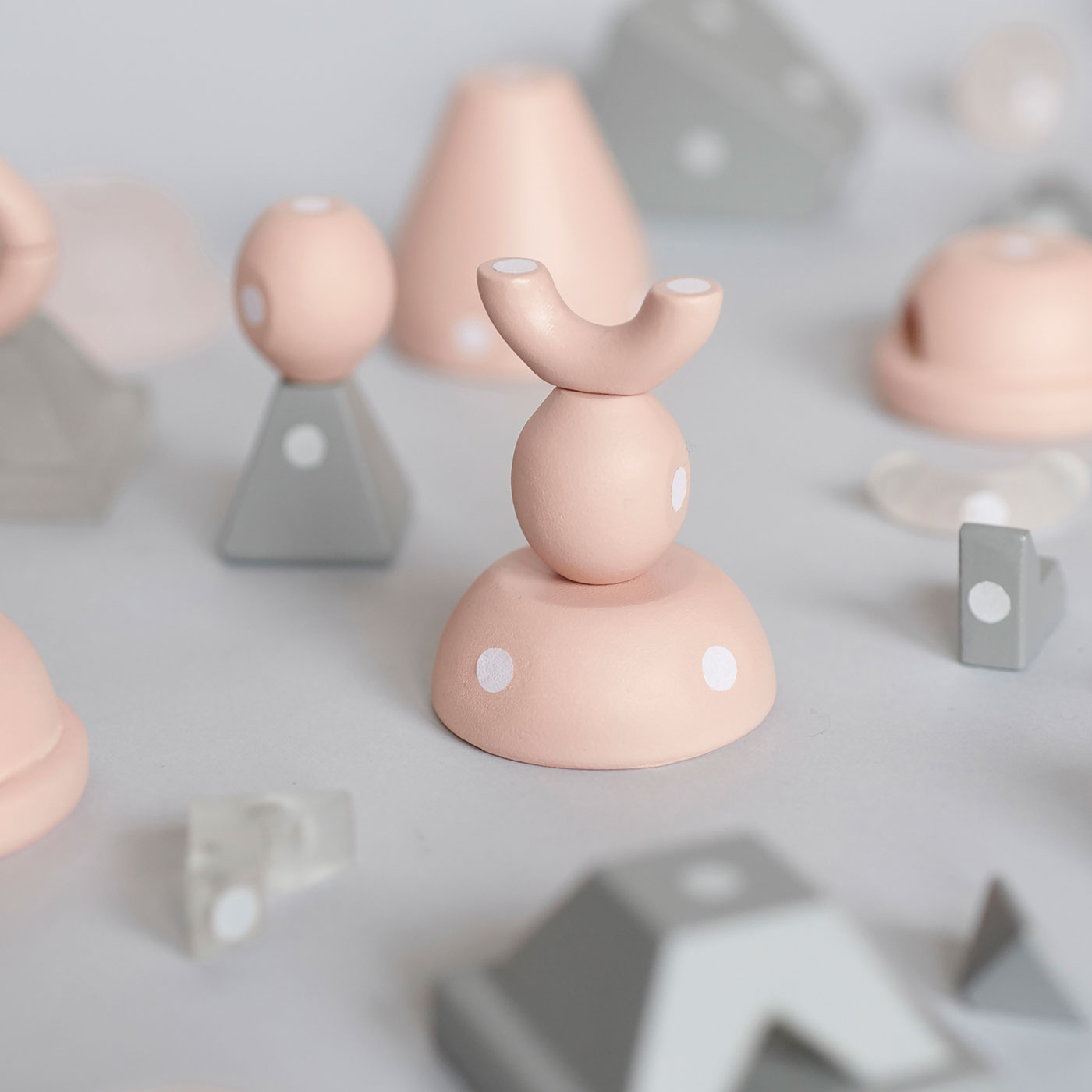 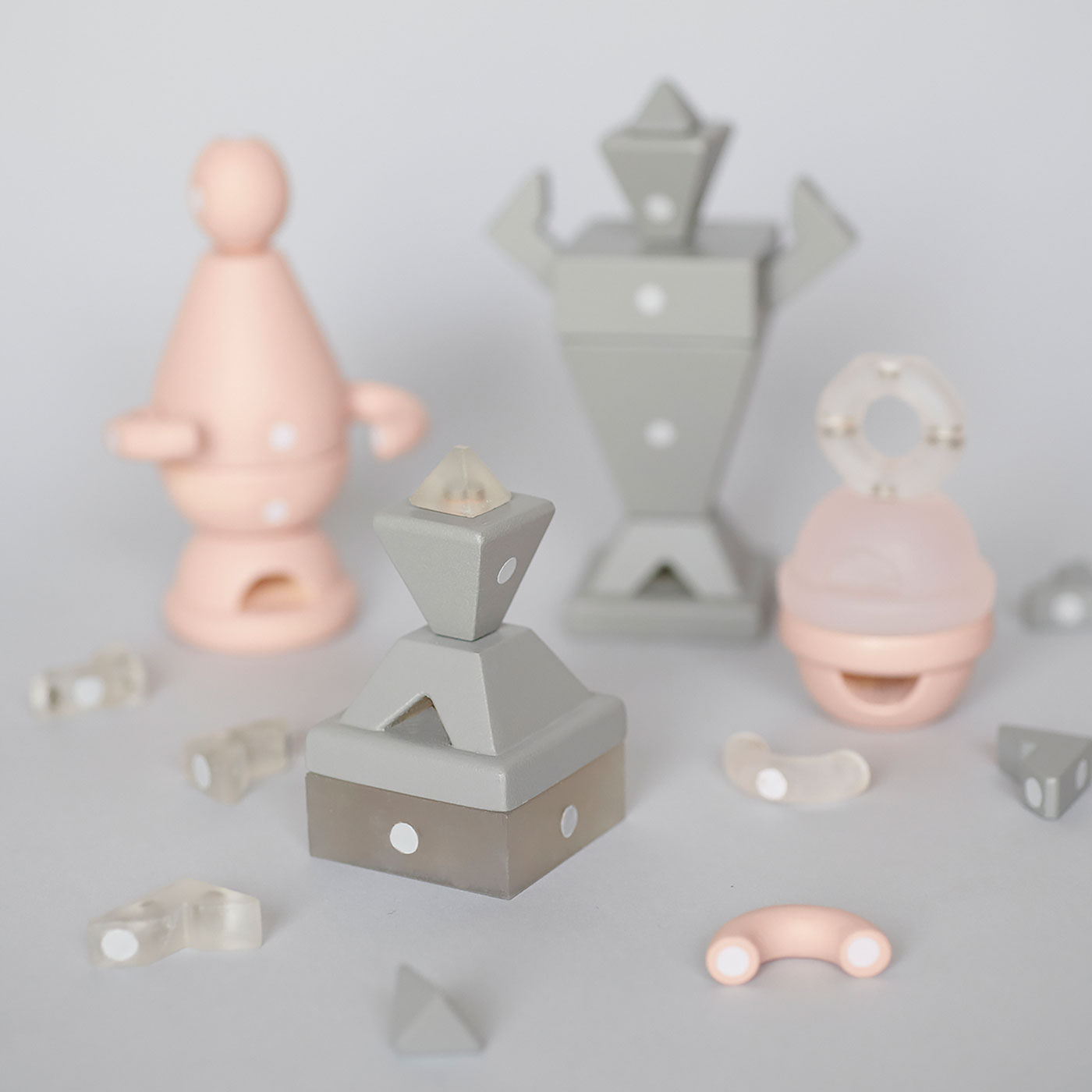 Is there something else you want to tell us about “Talky”?

It was a thoughtful design step that my play therapy toy “Talky” has simple formal appearance. It is more helpfull for the therapy, because children can see different meanings in the forms. And what the child imagines in the forms can be a telltale sign for the therapist. 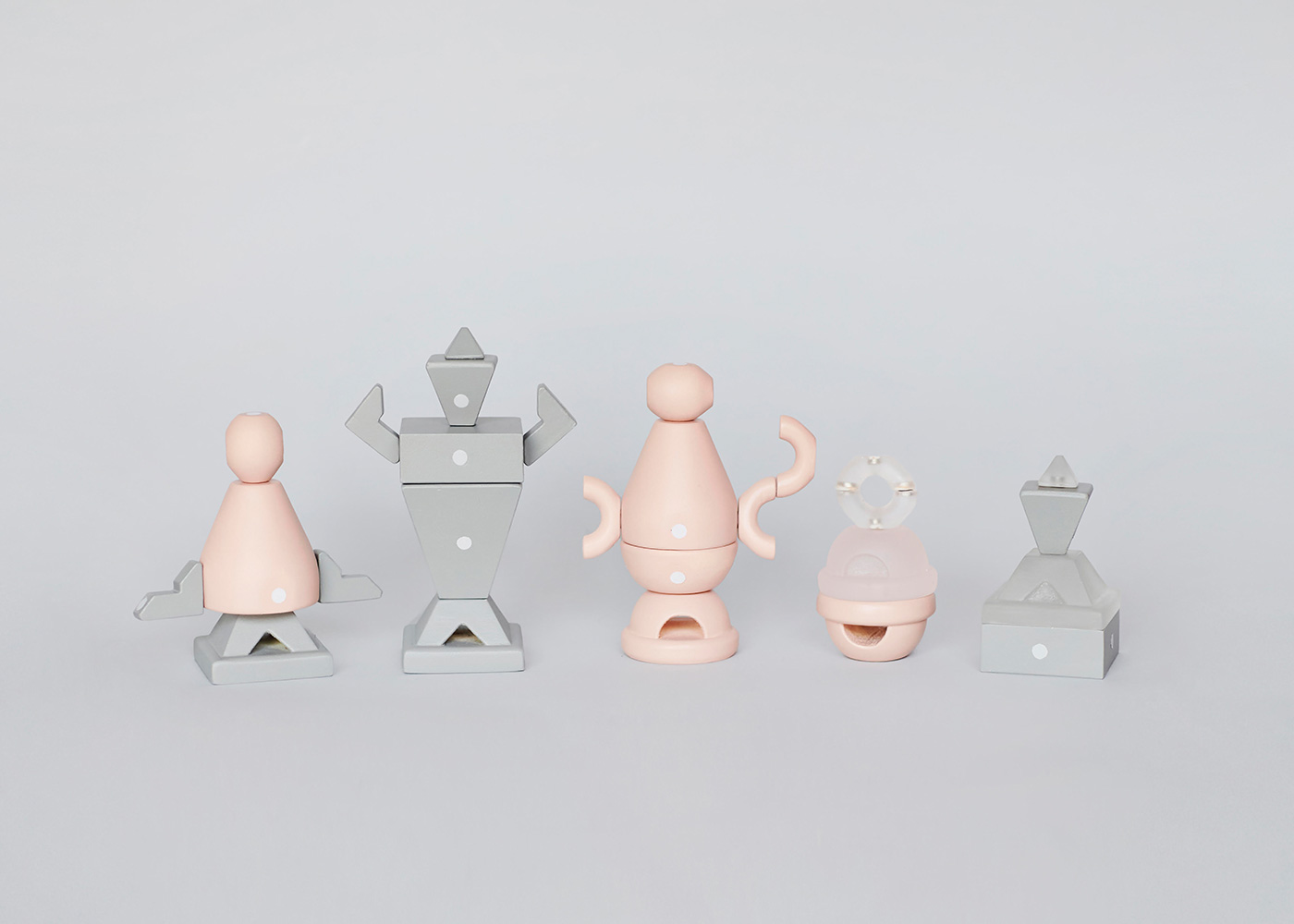 Now, your play therapy toys are still protoypes, but what are your plans for it?

After creating the project, I received a number of positive feedbacks that confirmed that “Talky” has a future and is of real benefit to our current society. For example I had a request from a pedagogical institute to buy it. And I had the opportunity to present my project at  Designblok 2021 Diploma Selection Exhibition, the project was shortlisted at the Global Design Graduate Show 2021 competition, was ranked among the winning projects in the Graduation Projects 2021 competition. In Hungary, “Talky” won the 7th Arthungry Award in the design category and also received a special award. 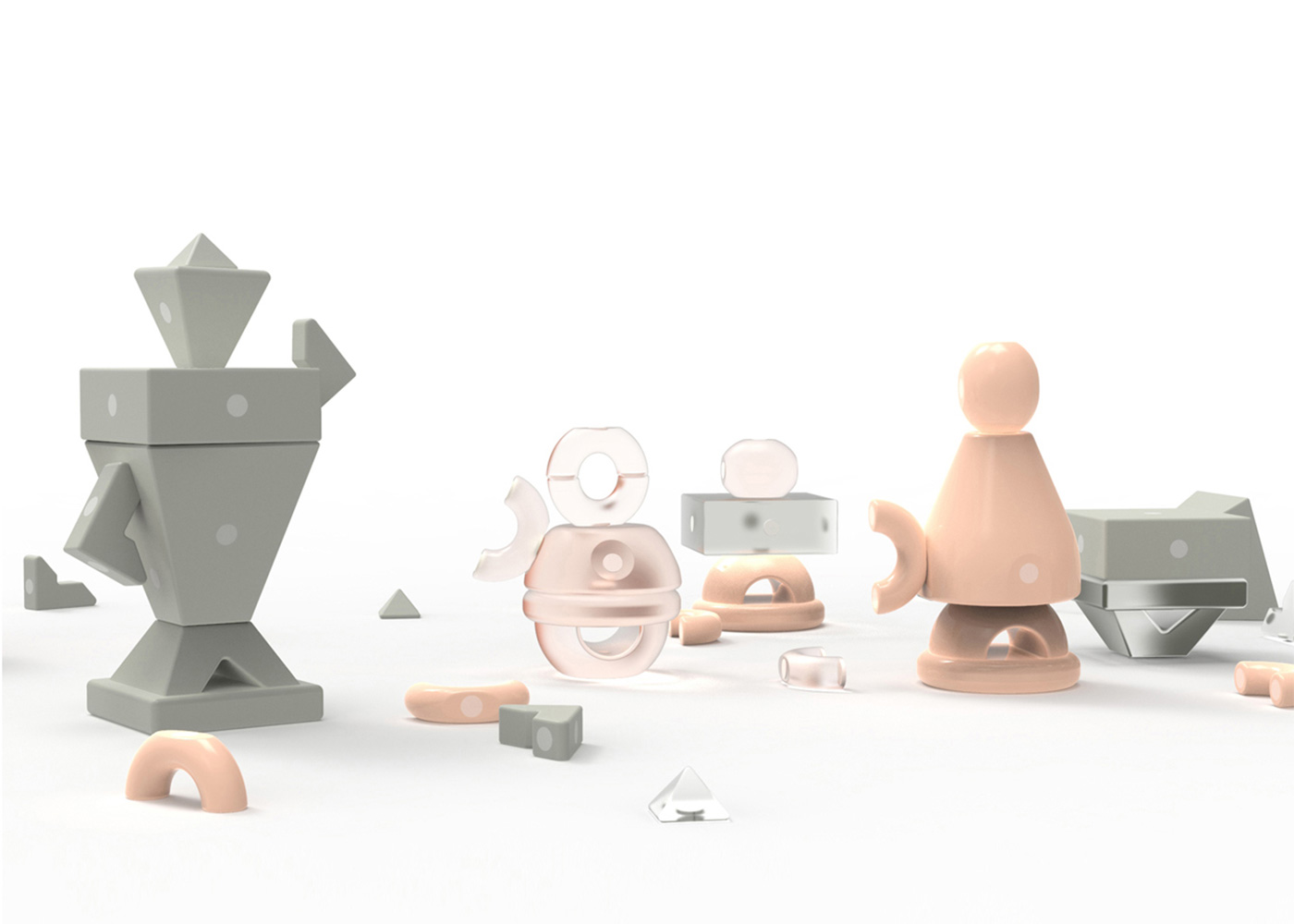 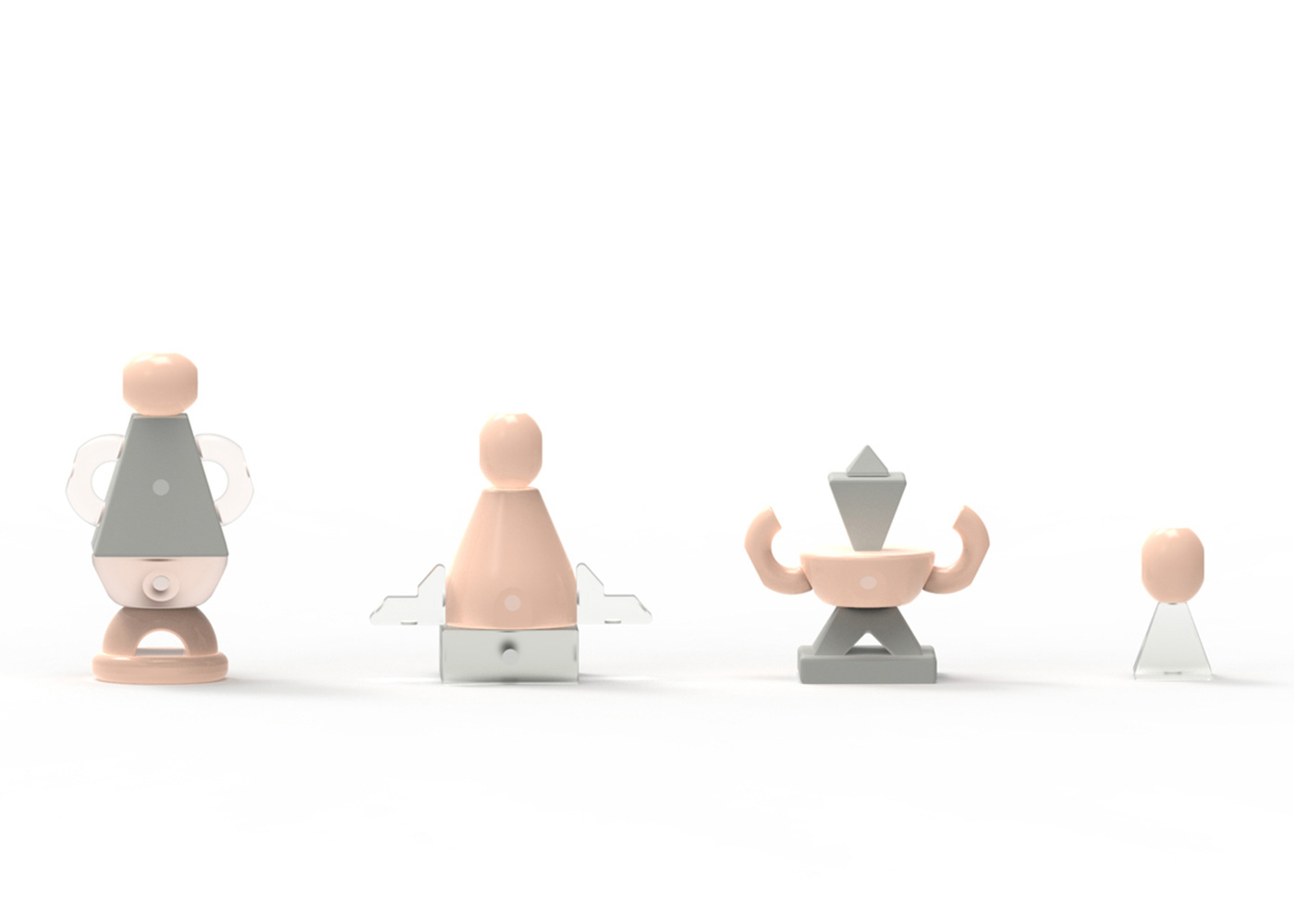 Katalin, where and what did you studied and what was particulary formative for you?

I studied at the design department of the Moholy-Nagy University of Art and Design Budapest where I got an extremely wide spectrum, so I was able to think very creatively and problem-oriented.

In my designs, I find motivation mostly in reflecting problems. “Talky” was created as my master’s degree diploma project and I think it is a perfect reflection of the way I think about design.

During my university pojects, I always strived for innovation. My personal dream is that – with the products I design – to be able to reflect on issues that affect my environment and society, either globally or locally. 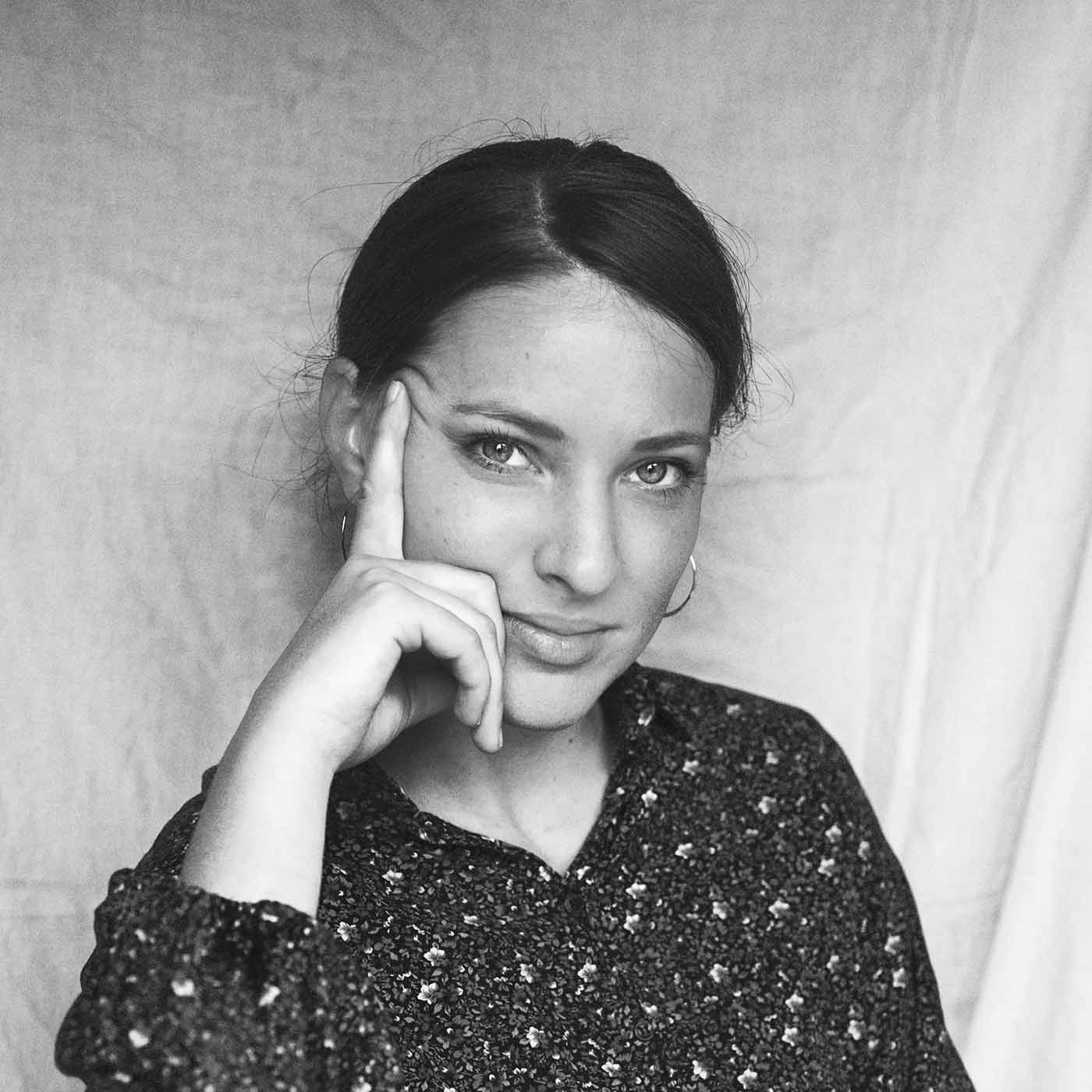 Get in touch with Katalin Pataki via e-mail:
moc.liamg@91nilatak.ikatap