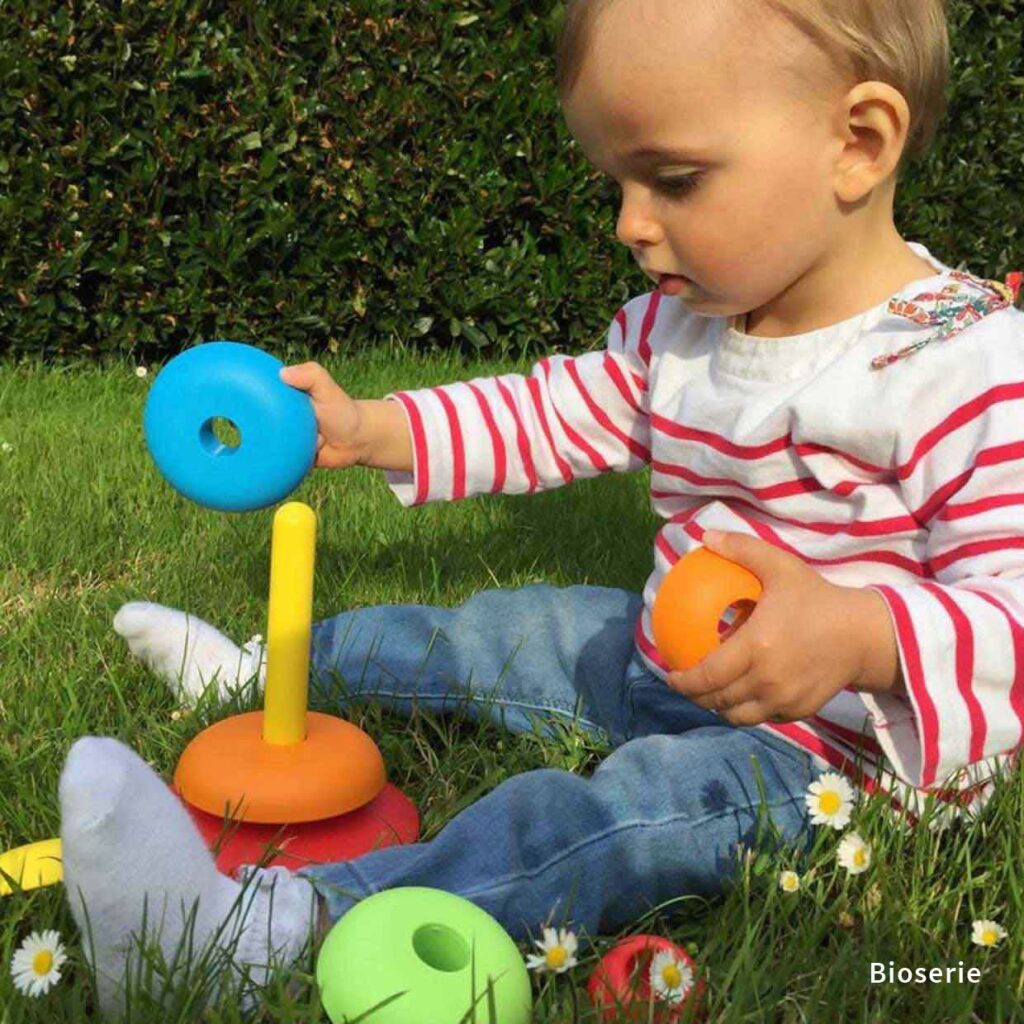 Higher and higher, until all the building blocks tumble down: Children discover the world through the sense of touch. And even adults would be unable to find a way around their environment without the ability to touch and feel physical things; that is why it is so important to nurture these senses in early childhood.

The hands reach for smooth, firm blades of grass, the fingers sift the granular texture of sand, and are then immersed in the soft water – a day at the beach, experienced with all of the senses. From the third month within the womb, we actively explore our surroundings and our own body. And even before we are able to speak our first words, we strive to discover our immediate world: we examine unfamiliar objects by putting them in our mouths, fingers probe clothing and hair and we enthusiastically explore the intimate aspects of our bodies.

Some behavioral studies suggest that even newborns who have been in the world for as little as 16 hours show interest in simple geometric forms and try to hold them in their hands. “When children are born, their senses are not yet evenly developed,” says Dr. Gerd E. Schäfer, Professor of General Educational Science and founder of WeltWerkstatt e.V. “Only through interaction with the environment – moving and feeling their surroundings – do they gain orientation.” 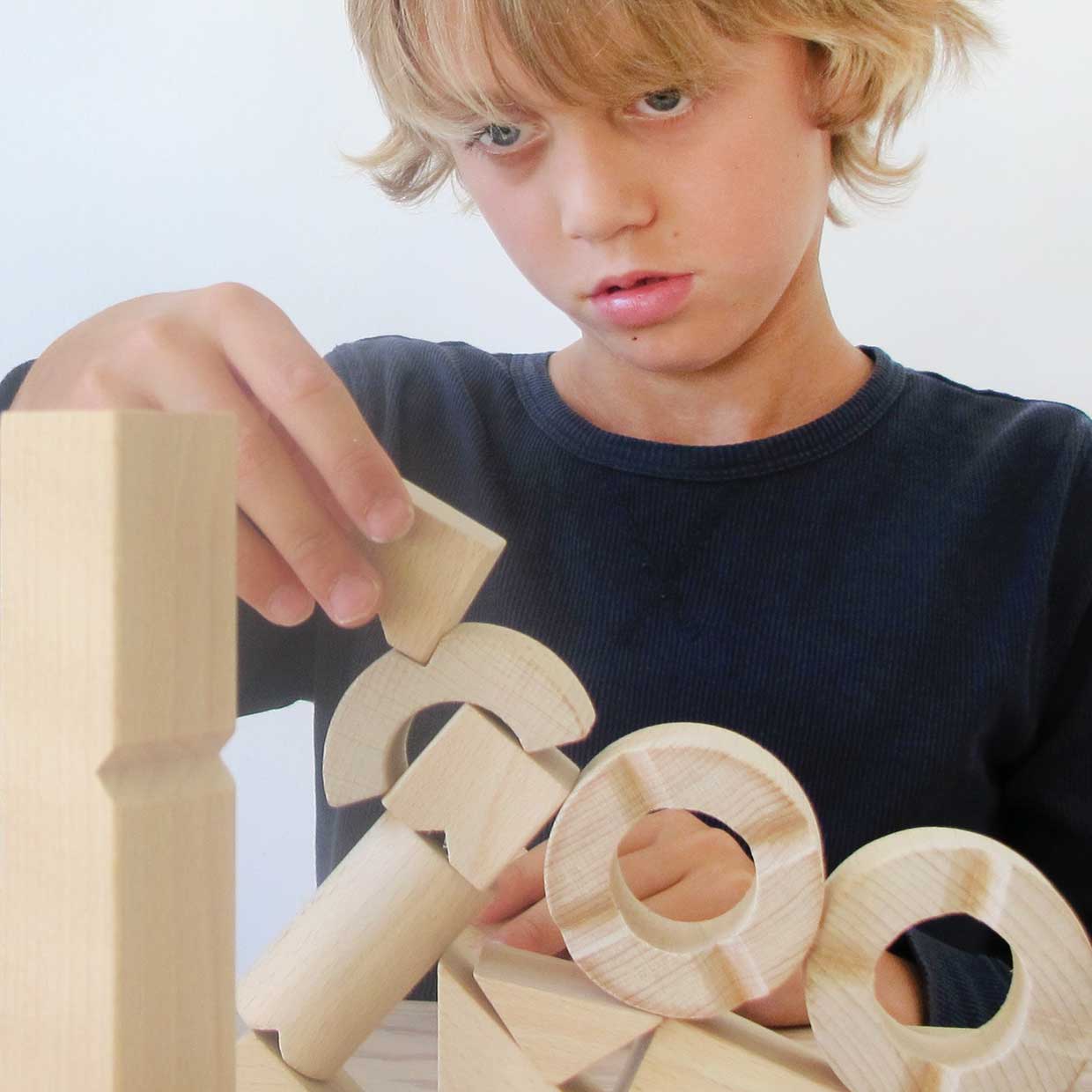 The hands are ahead of the head

I feel, therefore I am

In 2005, scientists at the University of René Descartes found that the ability to recognize things repeatedly in this early phase of life is an essential instinct for survival. By palpation with the mouth babies are able to repeatedly find their mother’s breast. Still too clumsy with their hands, they put everything they encounter into their mouths to explore it haptically, developing in the process first information about their environment and ultimately an initial concept of themselves which helps to shape them. This is me. I can distinguish myself from my environment and help shaping them.

One step ahead of consciousness

Back in the 1980s, developmental psychologist Jean Piaget wrote that children up to the age of seven learn mainly through play and touching objects. A long-term study by scientists from the University of Florida also found out that children who handle building blocks and the like at a very early age later developed a better understanding of mathematical problems.

In her 2010 mathematics experiments, Susan Goldin-Meadow of the University of Chicago demonstrated that when solving mathematical equations, children often indicated the correct solution with their hands while they were not yet able to formulate it verbally. In her publication she wrote: “Often the hands were already one step ahead and apparently equipped with a knowledge that is not accessible to the consciousness.” 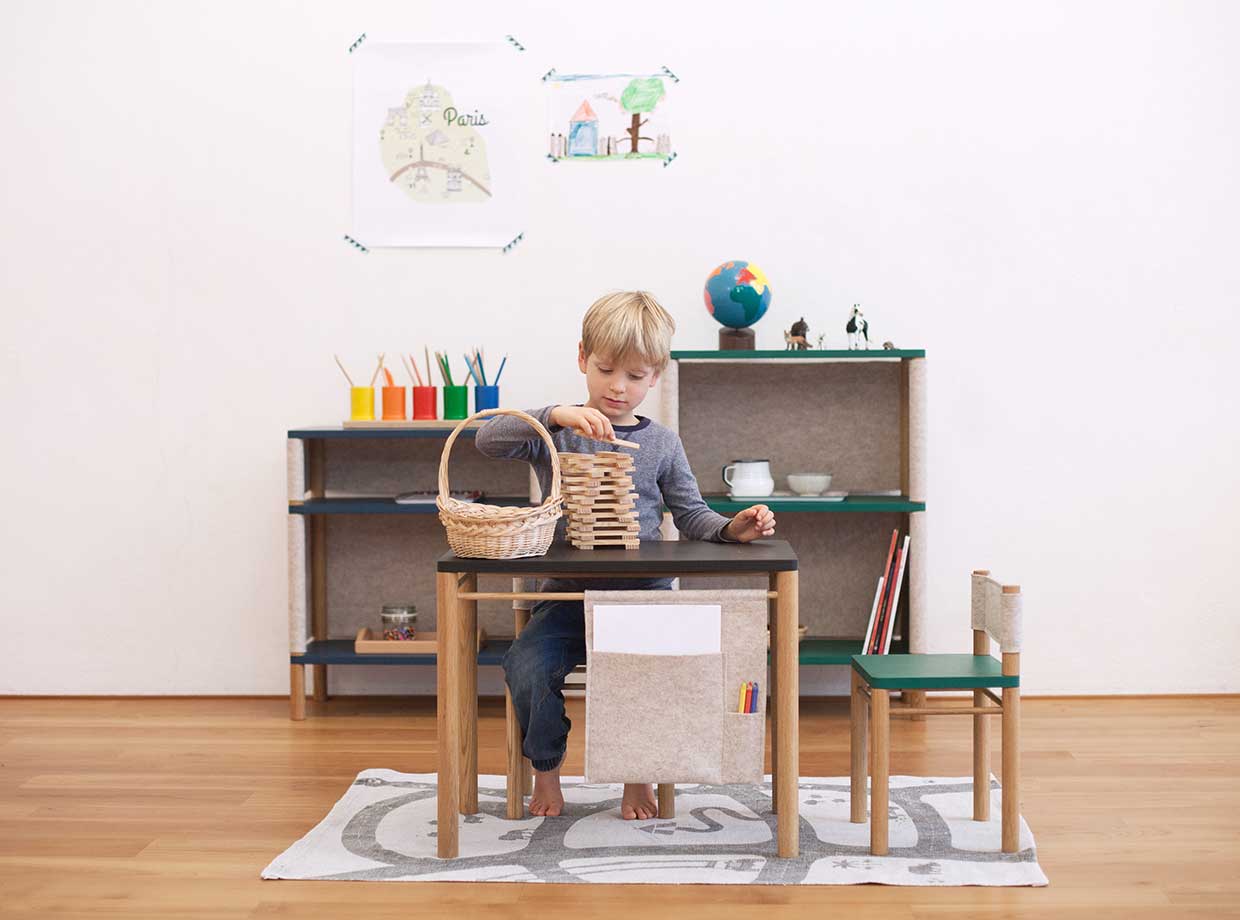 According to the Montessori method of education, it is also said that the exploration through touches precedes thinking, because thinking is nothing other than the inner reflection of those actions. Through observations of the development of children, Maria Montessori recognized that especially the tactile examination of certain materials by children gave them the opportunity to take up ideas and concepts with their minds and to process them further. The sense of touch is the central “learning organ” – everything that children “grasp” and experience remains longer and more permanently in their memory. Dr. Gerd E. Schäfer adds: “In the first two years of their lives, children do not really need toys. They can of course be offered them as an extension, but they are no substitute for the experiences made in everyday life.” 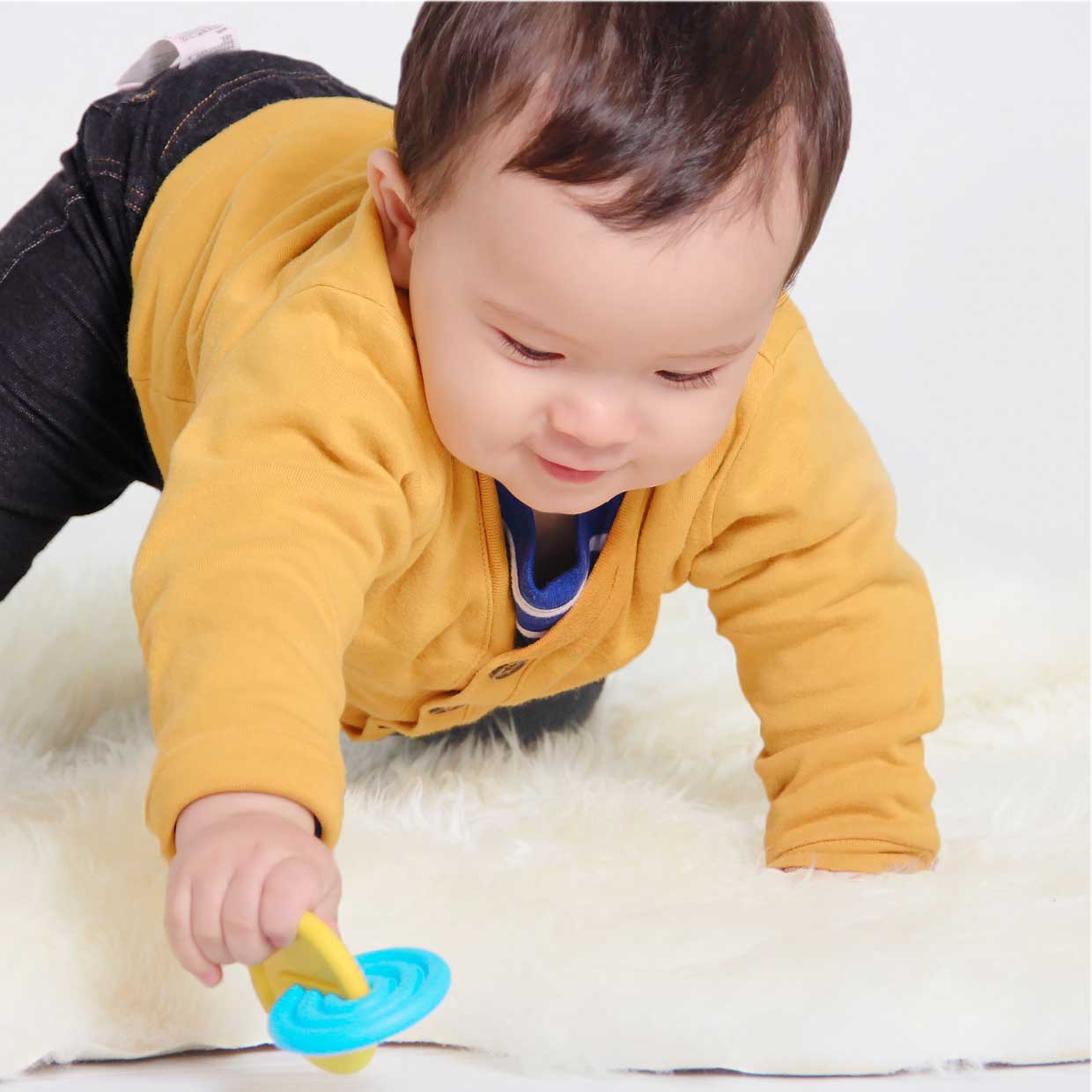 Sense of touch – the underestimated sense

But the introduction of computers into children’s rooms has alienated infants from their instinctive relationship to objects, their environment and even their own bodies. “Modern media require a real reference and an understanding of images,” says Dr. Gerd E. Schäfer.  “For example, if a child only sees a parrot on a screen, it doesn’t really know what a parrot is.  To actually get to know the bird it is necessary to visit a zoo or at least have firsthand experiences of birds.”

Furthermore, older children are often forced to learn in a passive way. In classrooms, they are forced to sit quietly, to listen, and to read about subjects without experiencing any real reference to the subject matter.

The sense of touch is essential for our survival. It’s the first sense to be developed in the womb and the last to remain prior to death. You can close your eyes, block your ears and hold your nose – but without the sense of touch, you would be unable to survive for one day. As a basic human need it is fundamental and helps us both as children and as adults, to find some understanding in this sometimes-chaotic world. 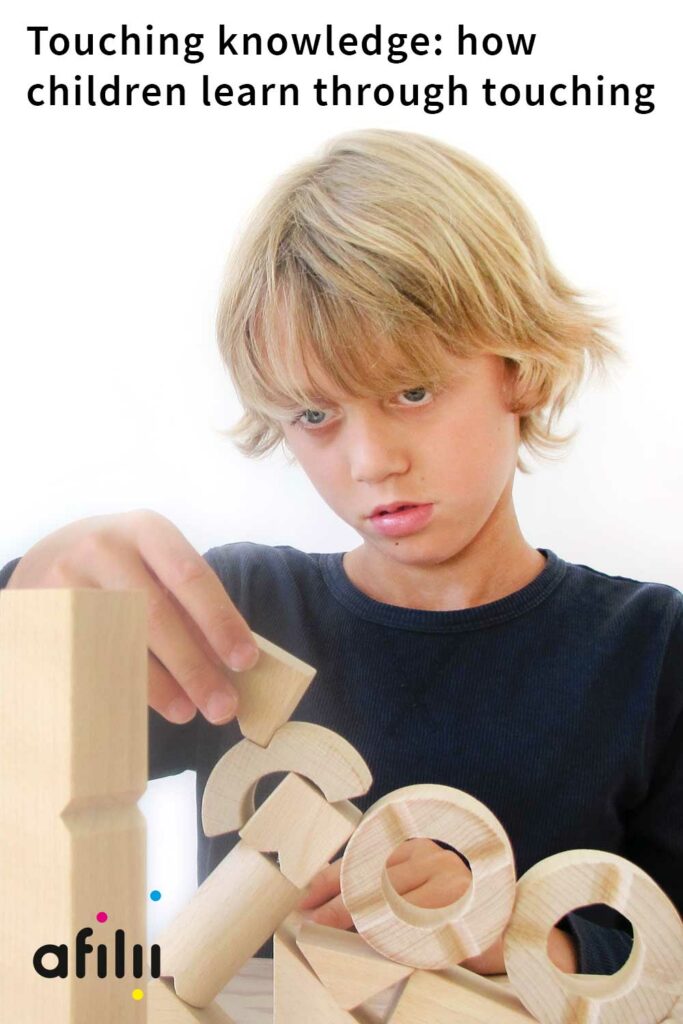