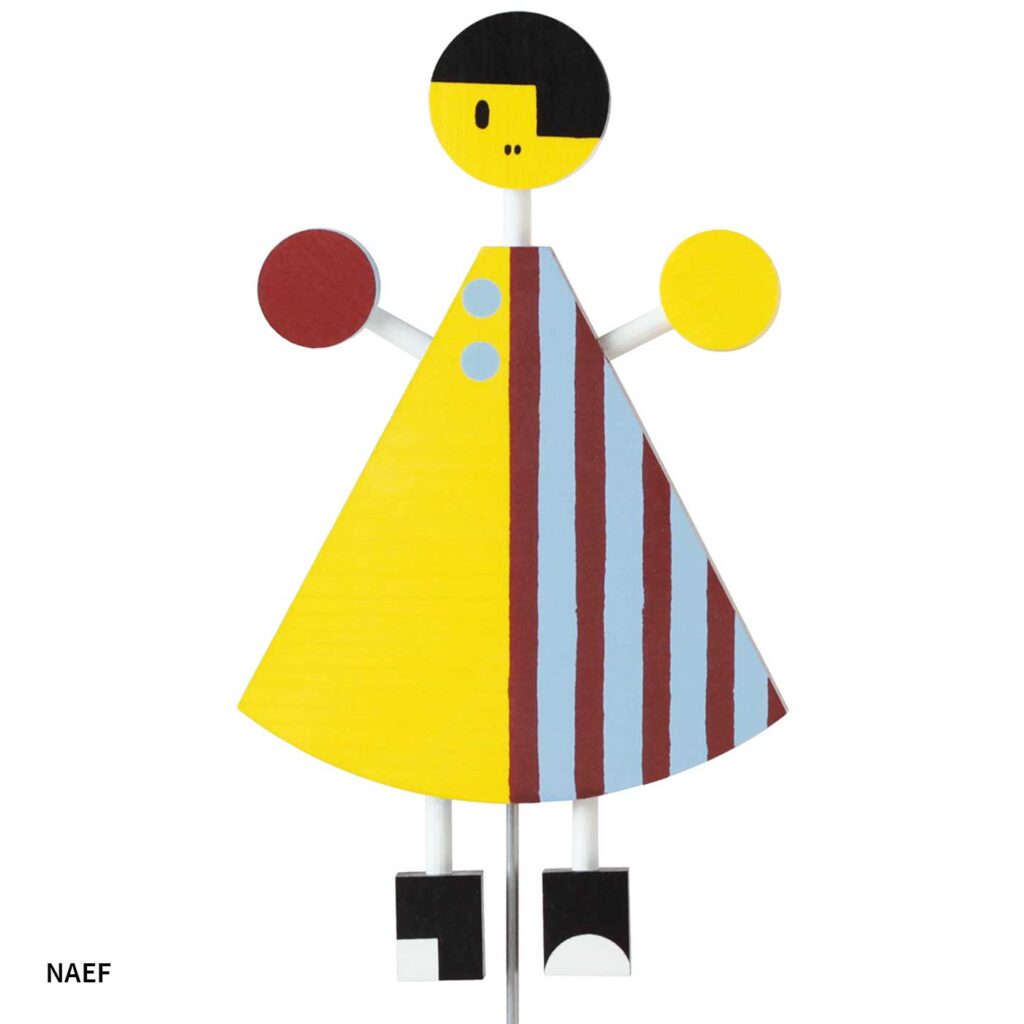 In the history of design, women have long been marginalized – even in the toy industry. It’s time for that to change. On the occasion of International Women’s Day, we look at the influence of women designers on the toy industry.

Women have always contributed significantly to the design history of toys, but with few exceptions, they are much less known than men.

Maria Montessori: The most important educator of the 20th century

One of those few truly well-known women is Maria Montessori. She revolutionized education 150 years ago by recognizing that children have an innate inner drive to learn for themselves. As a young woman, she studied medicine and became a doctor against her father’s wishes – one of the first female doctors in Italy. She was repeatedly ostracized in the process – for example, she was not allowed to enter lecture halls until the male students were already seated – but she fought for her place in the male-dominated world and is probably the best-known female pedagogue of the 20th century.

Her approach “help for self-help” is still implemented today through so-called Montessori toys and captivates with simple clear shapes and colors, which encourage children to play by themselves. Around the world, young toy designers such as Aishwarya Nair from India are also inspired by this approach with their toys such as the “Nesting Hen” and the “Religious Empathy Toy”.

Similar with designs by Ray Eames whose name during her lifetime almost always appeared after that of her husband Charles Eames, because even in the 1950s, women were not yet equal to men in the design industry. Businessmen always wanted to talk to Charles – not Ray – even when the couple worked as a couple on their designs in equal parts. And when they appeared together on “The Home Show,” popular on U.S. television at the time, Ray Eames was presented as a wife who strengthened her husband’s back.

Today we know that Eames’ designs were always created in close collaboration with Ray Eames. This includes both the famous Eames elephant – which is now produced by Vitra – but also the dollhouse “The little Toy”.


Alma Siedhoff-Buscher: Pioneer of the State Bauhaus in Weimar

The fact that Ray Eames received recognition for her work later is not surprising, looking back at the Bauhaus era. At a time when design was very technical and reduced to the elemental, it was difficult for women to find a place in this male-dominated world. After all, women have always been considered to have little technical talent.

One of the few female designers who nevertheless ventured into the Bauhaus of the 1920s was Alma Siedhoff-Buscher. Among other things, she designed the children’s room in the model house “am Horn” in Weimar. Her children’s furniture, developed from simple basic forms and produced at low cost, quickly became a best-seller in the Bauhaus repertoire. In particular, the multiple uses of individual pieces of furniture – a changing table that could be used as a desk and the play cabinet that was both a doll theater and bookshelf – were very popular.

However, despite her success and the profitable products, her applications for her own studio in Weimar were rejected and Walter Gropius, the founder of the Bauhaus in Weimar, refused to continue supporting her work after the birth of her first child. Thus Alma Siedhoff-Buscher found herself marginalized – if not expelled. She left Dessau, followed her husband on his theater tours, and was tragically killed in a bombing raid in 1944.

Today, the Bauhäusler’s colorful designs, distributed by the Swiss toy company NAEF, serve as inspiration for the wooden toys of designer duo Zoe Miller and David Goodman of Miller Goodman, England, among others. They too design simple shapes, undefined forms and patterns that encourage and motivate children to play repeatedly. True to the motto “less is more,” they believe in design usability and are convinced that play doesn’t need instructions.

In the midst of the chaos of World War II, another woman became a member of the Bauhaus: Margaretha Reichardt. With her plug-in dolls, whose rights were also acquired by NAEF of Switzerland, she is still represented in every major Bauhaus publication. In the former GDR, it was above all her gobelins and tapestries that gave her a high reputation.

Bauhaus Toys “Plug in dolls” by Margaretha Reichardt Via: NAEF

Only in Vienna were women artists able to establish themselves firmly in art circles at the beginning of the 20th century. After Austria enacted universal suffrage for women as early as 1918, the art world also changed in the 1920s in favor of women. Thus, Minka Podhajskás’ folk wooden figures – originally designed for children – are popular in art circles to this day.

After World War II, the image of women gradually changed. Historians still argue whether women in the former GDR really had more equal rights than West German women. Fact is, women became an integral part of the working world in the former GDR for economic reasons because of labor shortage. Renate Müller inherited her parents’ toy manufactory after their death and began making her “plucked animals.” The charming animals were immediately well received and are still popular and in therapeutic use worldwide – from Europe to the USA and Japan.


The Women’s toy industry today: An industry on the road to equality

Today’s toy designers fortunately embody a new image of women in the toy industry. For over 30 years, Barbara Seidler from the Erzgebirge region has designed and sold her wooden toys Sina Spielzeug, which are strongly influenced by the German pedagogue Friedrich Froebel.

She says, “For me, Renate Müller is a particularly strong role model, because she overcame many hurdles in her working life and never gave up before ultimately achieving worldwide success with her play therapy toys and animals.”


These include very young female designers like Emma Brix, who is currently still studying industrial design at Burg Giebichenstein in Halle/Saale in Germany. Only recently, her BluffBlocks went into production. At first glance, the small wooden blocks look ordinary – but cleverly conceal movable, small metal weights inside them, enabling children (and adults) to experiment with gravity and learn quite incidentally how physical laws work.


The founders Kim Goldstein of koa koa from France as well as Antje Stumpke and Martina Musek of Musekind from Leipzig in Germany are changing the toy industry with creative, child-friendly and sustainable designs such as their ecological Pappka house.


According to current statistics, 61 percent of working designers are now women and as many as 29 percent are creative directors. A positive outlook with the opportunity for further progress. “In the toy industry, we are largely talking about emotional products for children,” says Barbara Seidler. “After all, it’s a bit in the nature of women to be particularly empathetic to early childhood development and, as a result, women are very successful in creative professions.” 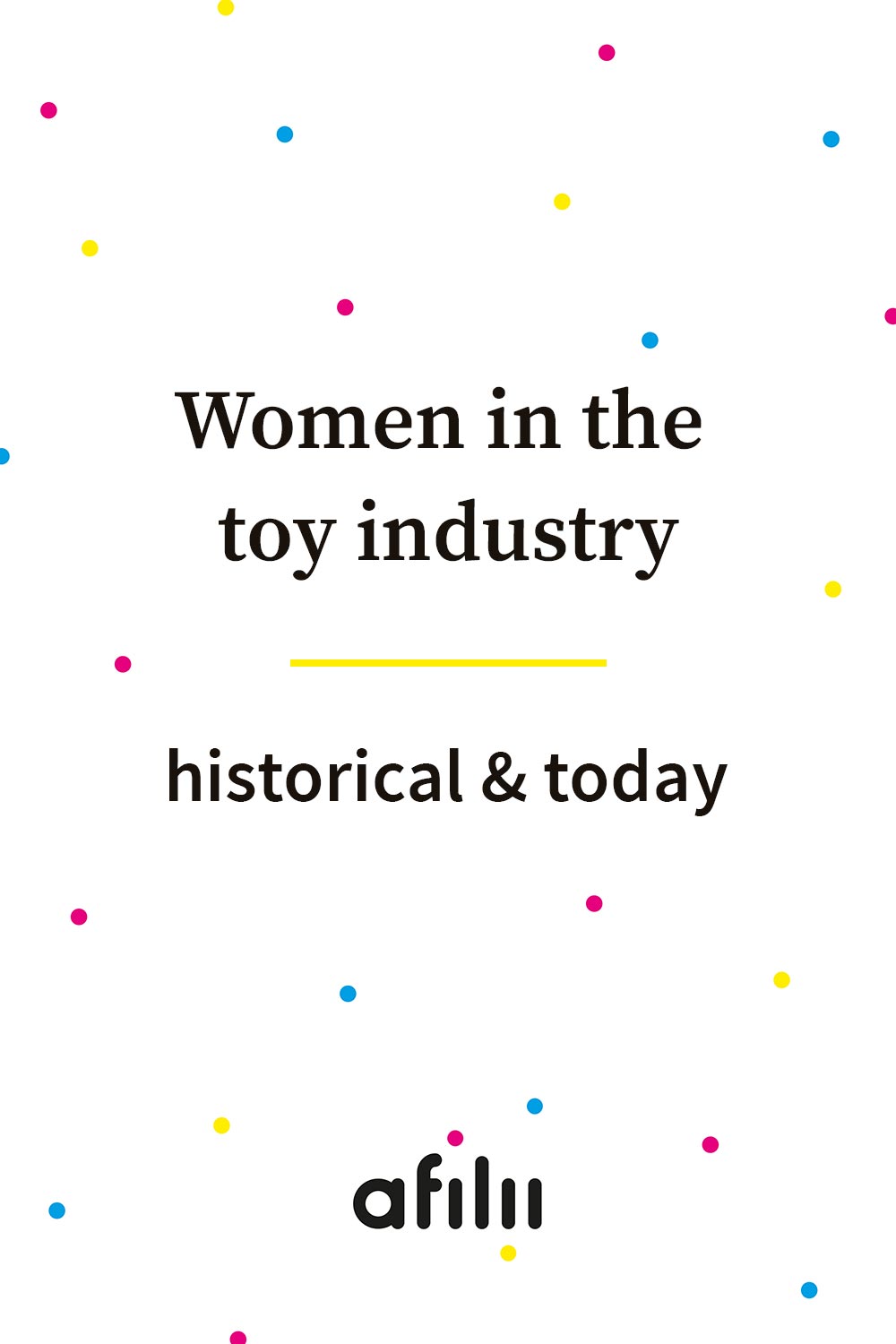