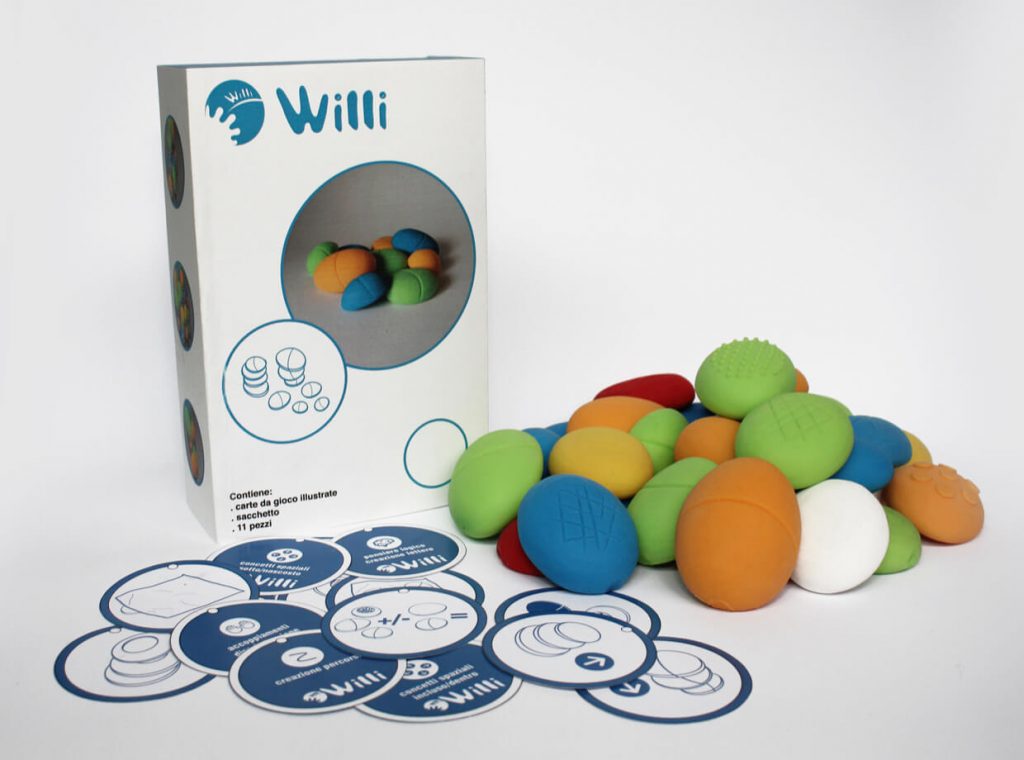 Tell us about your background. How did you become a designer?

Honestly, following a path at times confused. I’ve always loved to explore and put myself on the test, and for this reason, I have never dreamed of becoming specifically a designer. When I was a little girl, my dream was to become a fireman and save lives, then a geologist, a paleontologist and so on. Only by growing up I realise that I wanted to work with my creativity. How? I was becoming an architect/interior designer. And that was the path I had chosen, until, during my design course, I received my first product brief. It was precisely by looking at the first product I designed that I understood that I wanted to continue on that road and kept on working with my creativity. 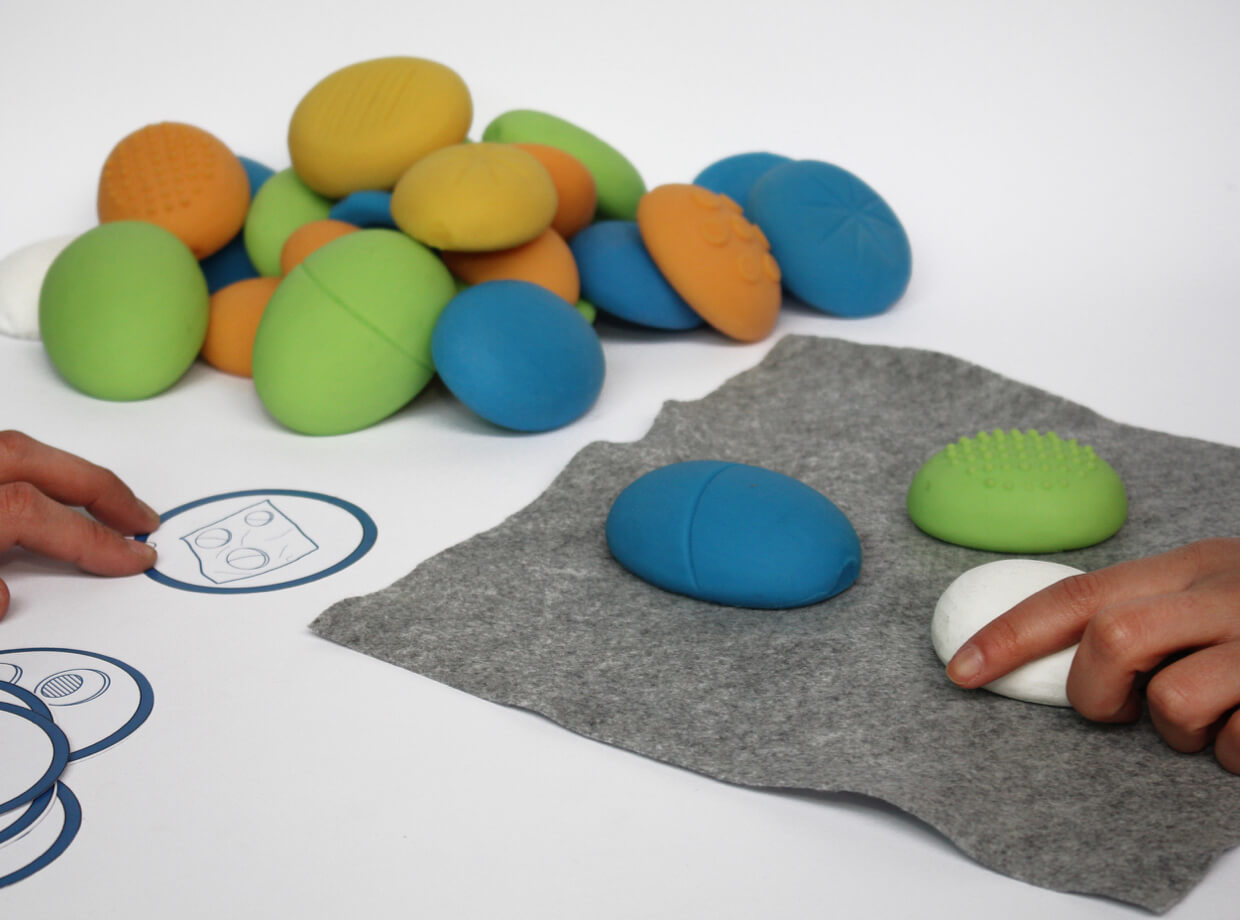 What was your inspiration for your creative toys for kids Willi?

The two-year path that led me to define this concept was sometimes painful: I did a lot of study, researches, I developed prototypes and tests. The real inspiration came in the prototype development phase: I was in that creative blocking phase that prevented me from finding the right solution for the form that Willi should have had. I still remember that I had gone to the river with some friends, and it is there that I saw two children playing spontaneously with pebbles. They arranged them in rows, made up shapes, stacked them and created paths trying to join the white striations of some stones. That’s why Willi is a modular toy, in the shape of a pebble and as such, it can be used by anyone, as they prefer and where they want to by creating forms, by placing them on the floor or by creating constructions with them. Another purpose for them is that they can also be used for teaching children simple concepts like how to count, recognise colours and texture, improve memory, imitation and imagination.  I wanted to design a toy suited especially for children, and it was just two children that gave me the right inspiration. 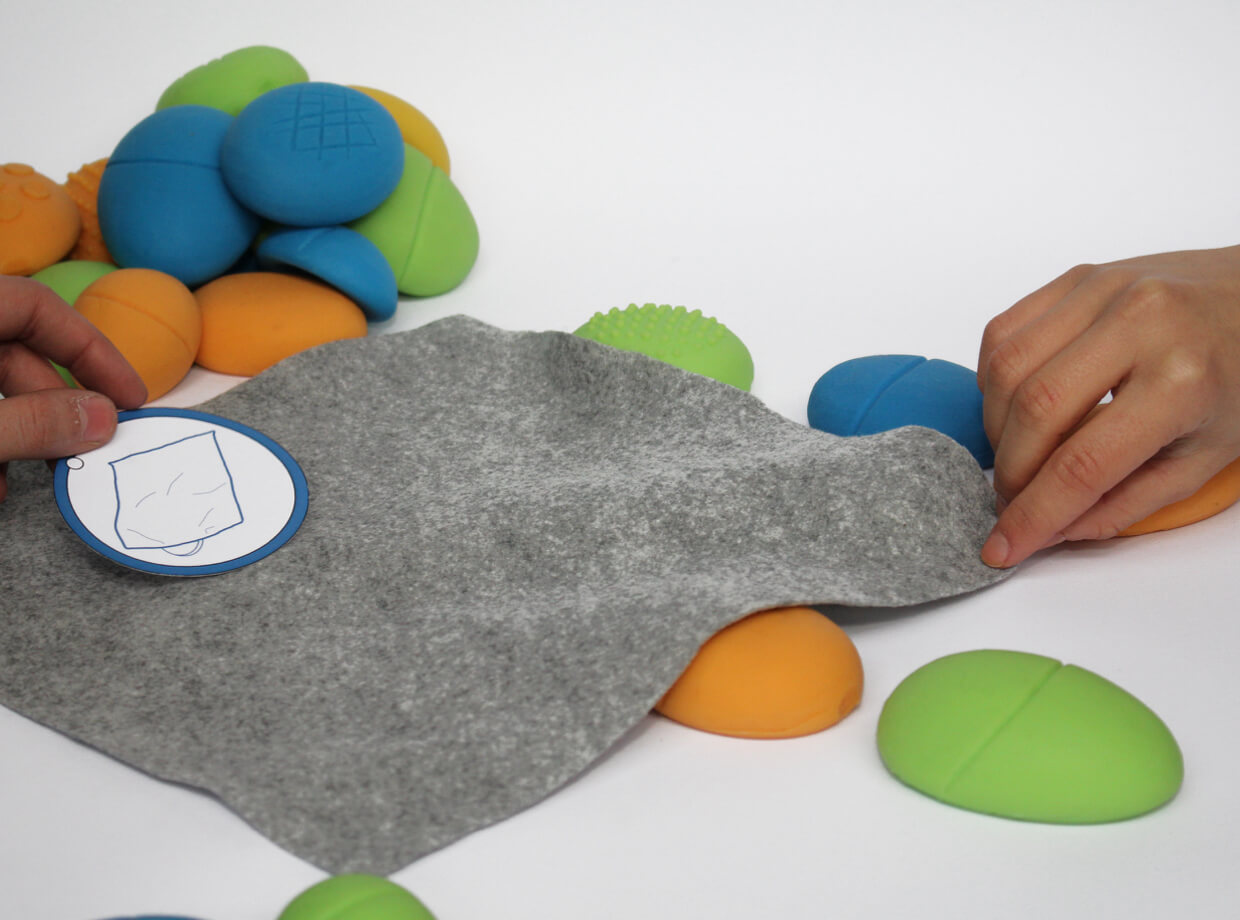 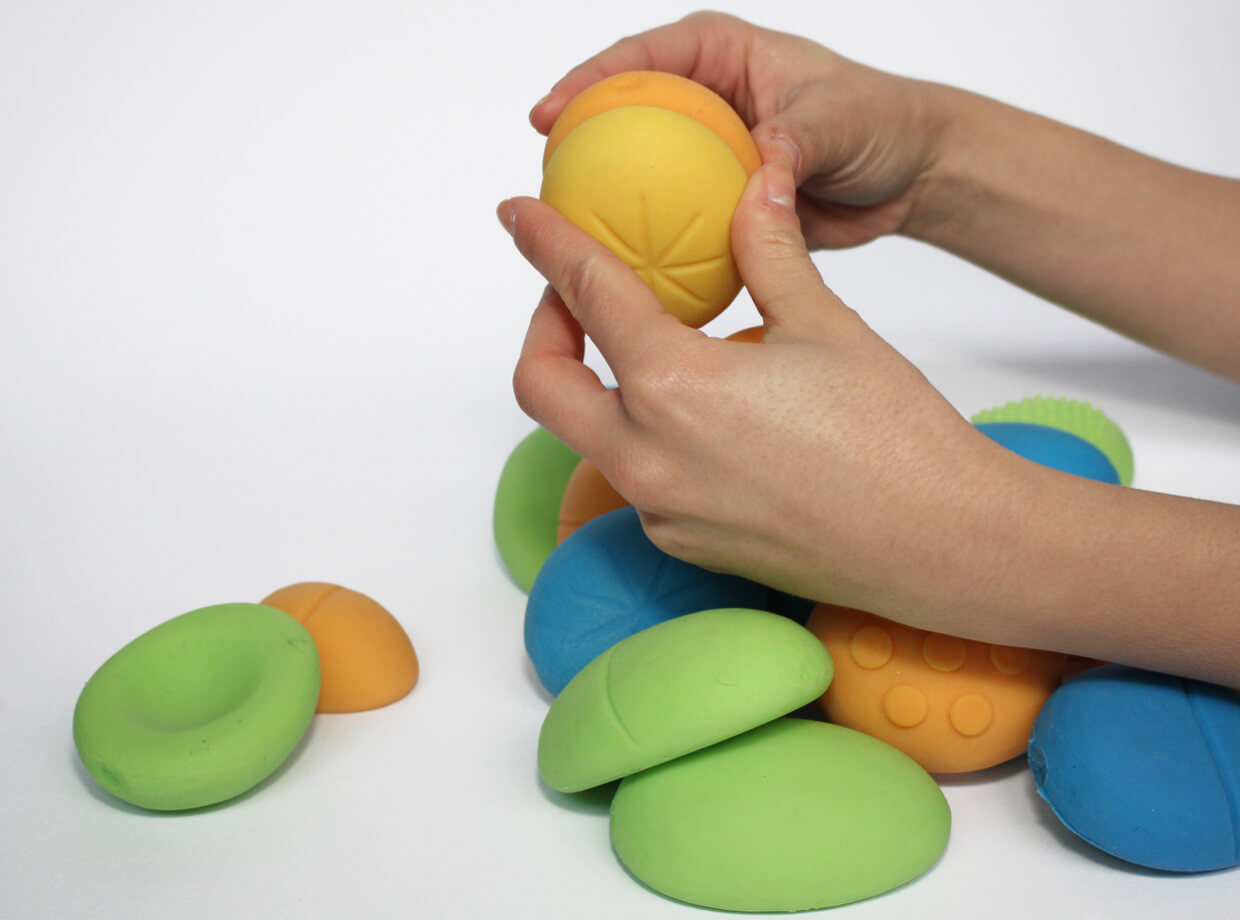 Why is your Willi-toy especially suited for children with autism as a toy?

I’ve studied design for three years, and during this period I’ve never had the possibility to design something that could be very useful or helpful for someone who needs it. That’s why I decided to dedicate myself to this theme. Autism is a widespread disease but not so well known, especially in the design field, so I think that design can help to improve their life, helping children with ASD and families by learning simple abilities, also in playing and staying with the others. So, I’ve spent this period with them, studying their difficulties and needs, hearing their stories and finally designing a toy studied to be used by every child, autistic or not. This simple, modular toy is based on “game, relationship and education”, three keywords that can correctly describe the aims of the toy itself. Willi is born from the study of a difference but has been designed with the concepts of equality and integration. 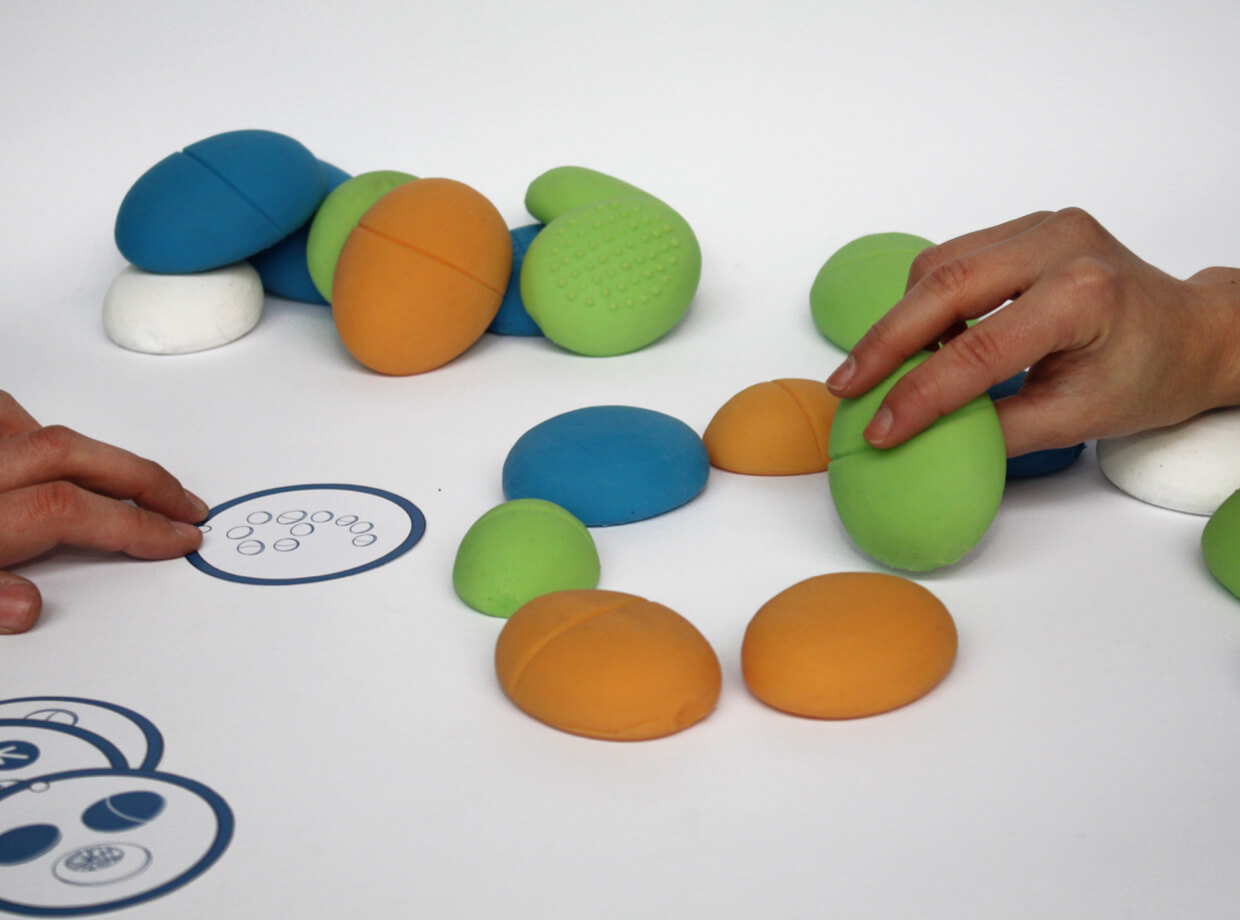 Are there other products that you produce specifically for children?

Willi was my first product designed specifically for children. I do not exclude that maybe in the future I would like to live an experience like this again. Designing Willi allowed me to live a unique experience, in contact with young people and families who welcomed me into their home despite being a perfect stranger to share their story with me and help me find the right way to help them. 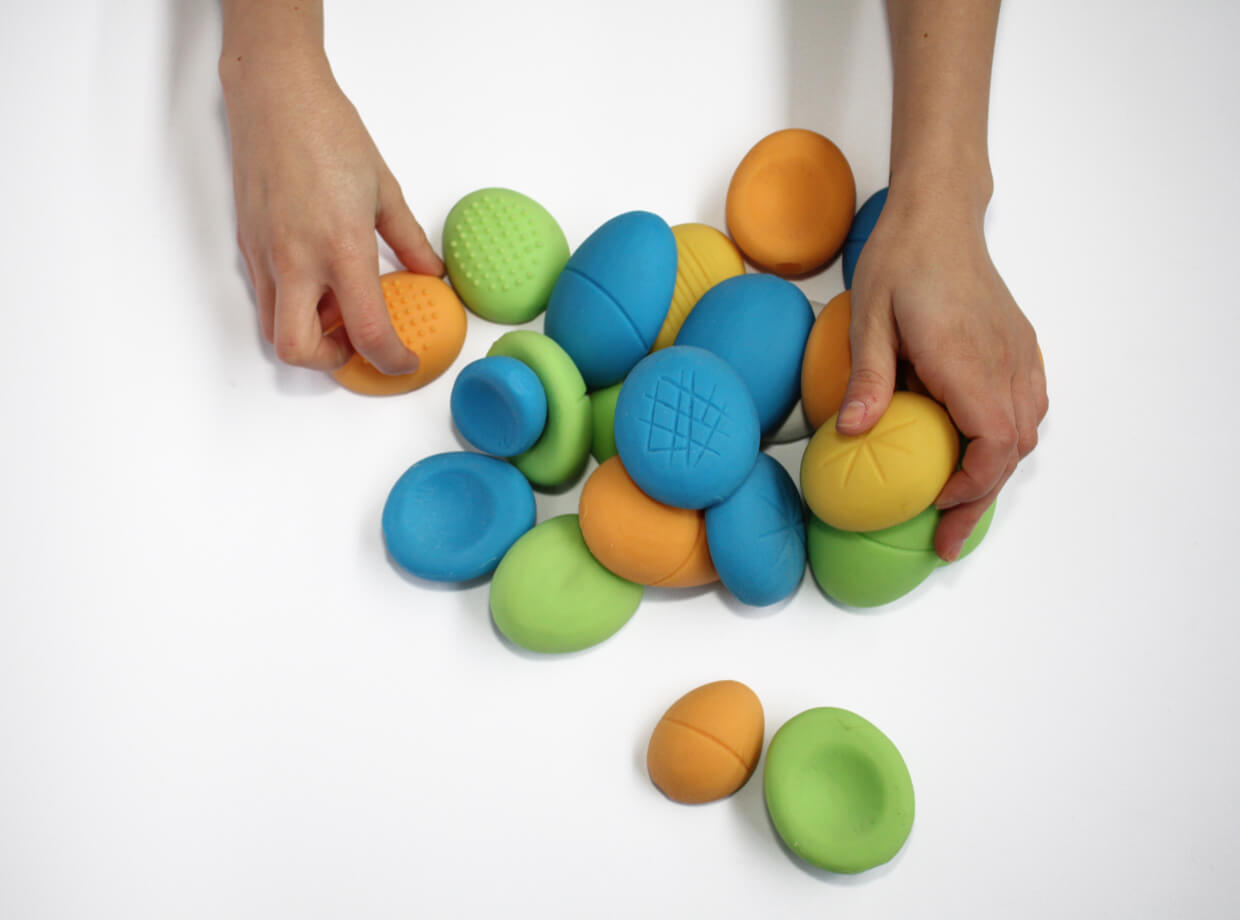 Meaningful design for kids – what does that mean for you?

I want to start this answer with a quote: “Everybody is a genius. But if you judge a fish by its ability to climb a tree, it will live its whole life believing that it is stupid”. I am convinced that change comes from children and their innocence and play in this sense plays a fundamental role. It’s not a simple hobby, but it is a real job, the main activity through which a child explores the world and his interpersonal relationships, develops physical and cognitive skills, experiences roles and expresses his creativity. That’s why I believe that design can play a significant role in defining what tomorrow’s adults will be by helping them during their growth.

When I was little, I always played with imagination, for me a stick could be transformed into anything and become the faithful companion of a thousand adventures. Technology nowadays plays an increasingly important role and increasingly often supports children in their growth path. However, I believe that nothing can ever replace a stick that turns into a magic wand or two bricks that become a machine. If I ever had to design a new toy, I would try to create a product that would leave children free to express their creativity and personality, alone or together with others. And why not, maybe I will also use the technology to make that simple wooden stick even more incredible. 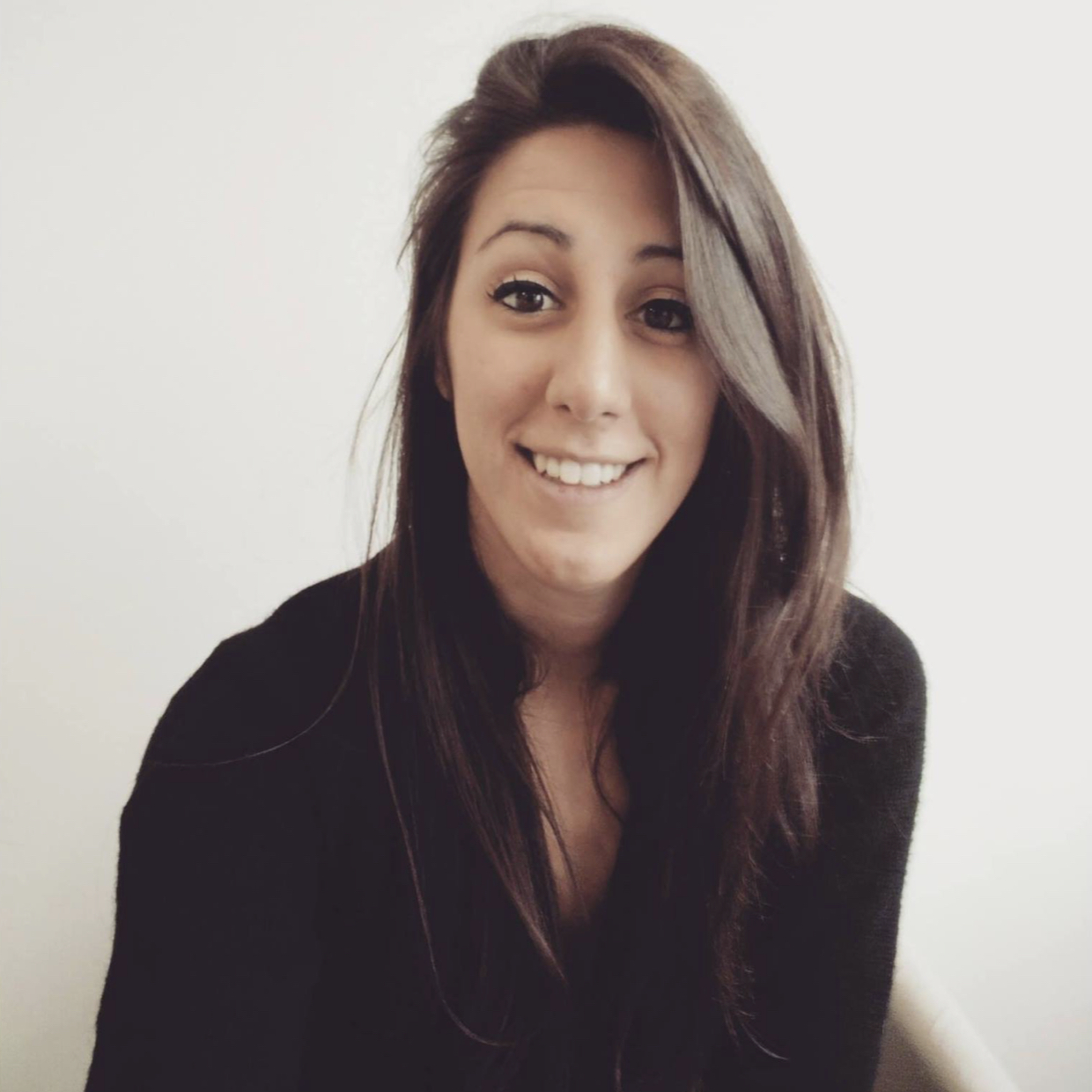 Get in touch with Laura Fornaroli via E-mail: